Why did local gas prices spike so high? 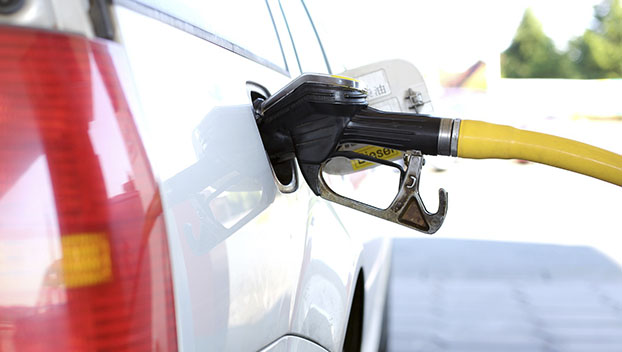 It started just after New Year’s Day. Gas prices jumped more than 10 cents from Jan. 1 to Jan. 2, then spiked again less than five days later. As of Monday, Jan. 9, the average price in Charlotte County stood at $3.17, while Lunenburg County was at $3.08 and Nottoway County came in at $3.20. But what triggered the price spikes? According to AAA and Colonial Pipeline, you can thank a fuel leak and a freak storm.

On Tuesday, Jan. 3, Colonial Pipeline officials discovered a diesel fuel leak at the Witt booster station near Danville. An estimated 2,500 gallons of diesel fuel had leaked out by the time the problem was identified. Company officials said an equipment failure caused the problem, which was found during a routine station check. The good news is that as of late Sunday, Jan. 8, the problem had been fixed. The bad news is that the leak forced Colonial to shut down one line of its oil pipeline from Jan. 3 to Jan. 8. That blocked an estimated 885,000 barrels a day from reaching parts of Southside, Central Virginia and points further north.

Colonial officials say the pipeline runs from Greensboro, North Carolina up to Linden, New Jersey, delivering more than 100 million gallons of gasoline, diesel, home heating fuel and jet fuel each day. With one line shutting down for nearly a week, that helped drive up prices across the region.

“Spot shortages can drive up gas prices locally, because of refinery or pipeline shutdowns, blending issues or even gouging,” said economic analyst group Nerdwallet in a statement.

Fortunately, they pointed out, these shortages are quickly resolved, once the pipeline is restarted. With the leak repaired, Colonial officials restarted delivery as of Sunday night.

The higher prices are also partly due to Winter Storm Elliott. Yes, it’s been more than two weeks since Christmas, but we’re still getting presents from Mother Nature. According to AAA and Nerdwallet, the frigid temperatures Elliott brought caused refineries as far south as Texas and the Gulf Coast shut down temporarily. The storm also caused holiday travelers to fuel up and hit the road early to beat the bad weather, leading to a spike in overall gas demand. The national average for a gallon of gas rose 12 cents since last week to hit $3.22. Virginia’s gas average on Monday was $3.12, up 16 cents in a week, down 16 cents in a month, and down three cents from the price on this day back in 2022.

Even with the storm gone, AAA officials say don’t expect gas prices to immediately drop back below $3 per gallon here in Central Virginia.

“The cost of gas will likely rise a bit more before this surge stalls due to less expensive oil and a return to seasonal driving patterns,” said Morgan Dean, AAA Mid-Atlantic spokesperson. “But 2022 will go down as a record year with a national annual average of $3.96. According to fuel expert Tom Kloza of OPIS, that’s 40 to 50 cents more than the previous peak years of 2011 through 2014.”

That spike in gas demand wasn’t a small one. The Energy Information Administration (EIA) says gas demand rose from 8.7 to 9.3 million barrels per day last week. More demand and less supply pushed pump prices higher, which is where they will most likely stay, AAA officials say, for at least a few weeks.