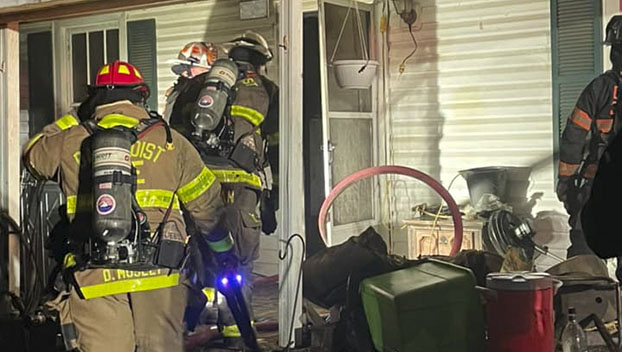 A smoke detector is being credited for alerting a Wylliesburg man that his home was on fire. Bacon District Volunteer Fires Chief Will Stembridge said fire crews were dispatched to the scene at Hall Lane in Wyllieburg around 5:30 a.m. Friday, Nov. 11. Drakes Branch and Chase City Fire Departments were dispatched simultaneously. “Assistant Chief Vaughan and another firefighter made entry and were able to get the fire knocked down despite the high heat they faced,” Stembridge said. “As more firefighters arrived, they assisted in the efforts in extinguishing the fire and salvage and overhaul efforts. Stembridge said the fire is believed to have started due to electrical issues.