TV Review — Lawrence goes back to her roots in ‘Causeway’ 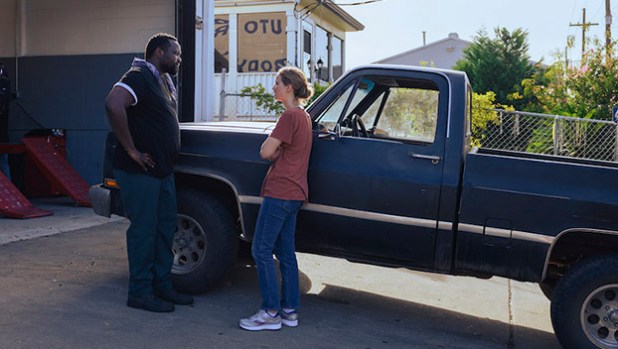 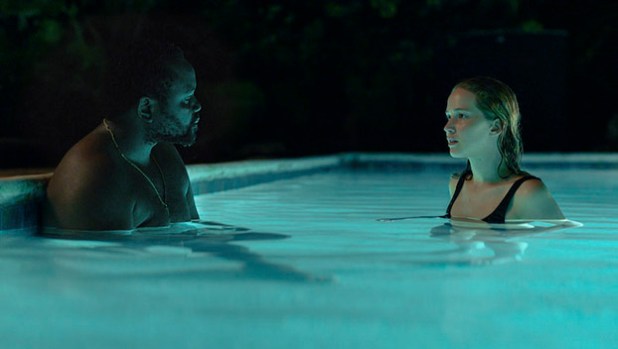 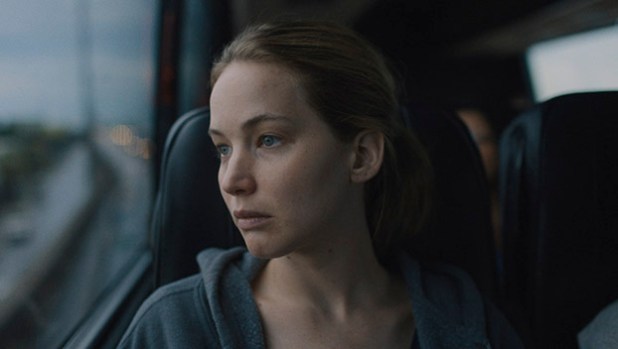 Let’s be real, I love a Jennifer Lawrence movie anyway I can get it. But I especially love that in Apple TV+’s CAUSEWAY Lawrence has gotten back to her roots, taking on a small-scale character study that is reminiscent of the kind of story that first put her on the map with WINTER’S BONE. From the first frame, it is clear this film is a passion project for Lawrence, who also chose it to be her first producer credit. So it shouldn’t come as a surprise that this film is a special one, with Lawrence giving one of the best performances she has in years (and that is saying a lot because she is always phenomenal).

Lynsey (Lawrence) is a U.S. soldier who returns to her home town of New Orleans to physically and mentally recover from an IED attack that injured her and killed many of her colleagues in Afghanistan. Lynsey is struggling to find purpose outside of the military; her relationship with her mother isn’t great and she is forced to work menial jobs to make ends meet. So Lynsey decides she will use this time to recuperate and convince her doctor she is medically fit to reenlist. When her clunker truck breaks down, a local mechanic named James (Brian Tyree Henry) helps her out and the two develop a quick friendship, built off of a shared loneliness brought on by trauma.

Director Lila Neugebauer did a phenomenal job letting the audience sit in the silent moments of the film. Instead of being tempted to show combat flashbacks and spoon-feed the audience about Lynsey’s time in war, Neugebauer asks the audience to experience the trauma through Lawrence’s expressiveness, physicality, and the interactions with the characters closest to her. This risk definitely pays off, and in fact elevates the entire story, reinforcing the underlying message that not all injuries are visible and people are dealing with traumas that may take more than physical rehabilitation to overcome.

There have been many movies dealing with the costs of war, but this is one of the few that I think properly captures the mental and physical hardships that come with reacclimating into society, particularly from a female standpoint. The film shows how difficult it can be for a soldier to end their military career, even if that may be the best decision for their well-being. Not only does ending their career damage their sense of self worth, but the skills they learned may not align with a job on the outside, leaving them with job prospects that don’t suit their talent. In Lynsey’s case, she knows further combat injuries could be a death sentence due to her existing brain injury, but that is the life she knows and the job where she can best use her skills, so she is tempted to reenlist. The film highlights this push and pull brilliantly.

Despite the film being a character piece, my favorite moments were those shared between Lawrence and Henry, whose chemistry is palpable and surges off the screen. It’s no surprise that when COVID halted the film’s production, the filmmakers added more scenes for the pair. The relationship is more about a deep friendship than romance, each acknowledging the loneliness and hurt in the other and seeking to build the other up. Each has their own trauma that they bring to the table, making their interactions exist on multiple planes, risking tension bubbling over as their relationship grows deeper. Not that this film should ever have a sequel, but I loved their relationship so much, I would love to see what Lynsey and James are up to today.

CAUSEWAY is one of those movies that will sneak up on you with its memorable performance and thought-provoking script. I am constantly asked for movie recommendations, and I can definitively say this is going to the top of my list as a film I feel confident will not only be enjoyed by most viewers, but will also have a lasting impact.