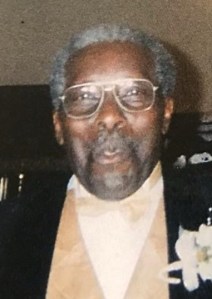 Rev. Dr. James E. Scott Sr., 92 of Farmville and formerly of Saxe, entered into eternal rest on Nov. 6, in Richmond. He was the son of the late Whitfield Scott Sr. and Susie Tucker Scott.

Funeral services will be held on Saturday, Nov. 12, at 11 a.m., at the Piney Grove Baptist Church in Saxe with interment in the church cemetery. The family will receive friends on Friday, from 5 to 7 p.m., at the church. Condolences may be expressed at www.JeffressFuneralHome.com.

Arrangements are by Jeffress Funeral Home of Charlotte Court House.