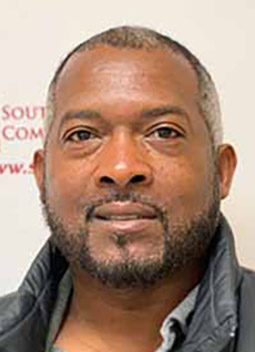 After serving as an assistant for the past 14 years, Vincent Brown, an Associate Professor of Industrial Technology at Southside Virginia Community College, was recently named as the head coach of the SVCC men’s basketball team.

Brown previously served with Dennis Smith, who stepped down after 18 years at the helm, to help guide the Panthers to four USA National Prep Postgrad titles with the most recent coming in March when SVCC topped Tennessee Prep 65-52 in the West National Collegiate Prep title game in Myrtle Beach, South Carolina.

“I’m excited,” Brown said. “We have some good returning players and I am looking forward to continuing the success we’ve had.”

The Panthers will kick off the 2022-23 campaign on November 5th when they play host to VCCS foe Mountain Gateway Community College.