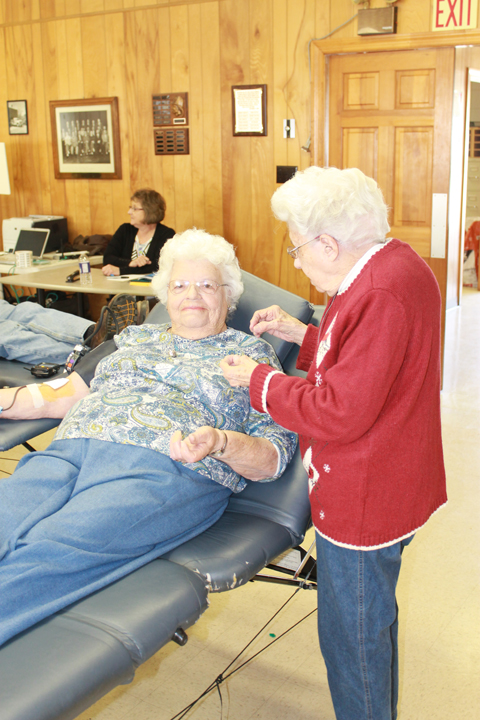 Charlotte County needs more blood donors. The same goes for Buckingham, Prince Edward and every other county in this region. It’s not due to any sudden emergency. People simply don’t give as much during the summer and supplies drop as a result.

“We often see blood donations drop during the summer,” said Christy Carneal with the Virginia Red Cross. “With donors having vacations or other types of schedule changes, a blood donation can be one of those things that gets ‘lost in the shuffle’ on the calendar.”

In addition to just forgetting, some would-be donors are absent. Blood drives at universities like Longwood or colleges like Hampden-Sydney bring in about 10% of the supply collected by the Red Cross in Virginia. Those drives don’t happen during the summer months, Carneal pointed out, because in most cases, the students are gone.

But while the donors have disappeared, the need hasn’t. Carneal said an estimated 29,000 units of red blood cells are needed every day in the country. At Centra Southside and CVHS, red blood is used to treat people with chronic illnesses and in the emergency room. For example, a single car accident victim can require as many as 100 units of blood. And that can only come from donors.

All blood types are needed, but two are in very short supply. Type O Negative red blood cells and Type AB blood plasma are the most needed. Only 7% of people across the country are Type O Negative, but they can be given to patients of any blood type, putting them in demand. The same goes for AB plasma, but it’s even more rare. Only 4% of people across the U.S. have Type AB blood.

With all that in mind, Virginia Red Cross officials are asking residents of Charlotte and the surrounding counties to take part in a drive later today. On Wednesday, Aug. 31, workers from five of our local state parks will be at the Farmville Train Station, 510 West Third Street. From 11 a.m. to 5 p.m., residents can give blood while enjoying the programs taking place.

There will be a touch table, where people can see the types of animals that live in our local parks. There will also be an interpretive program, where people can learn about the different events happening at each park. A donation could also help your wallet. Anyone who gives blood will be entered to win up to $6,000 worth of free gas for a year. You can call 1-800-733-2767 or visit redcrossblood.org to schedule an appointment.