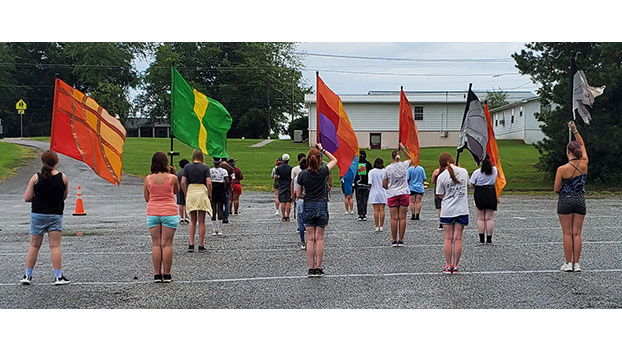 The Randolph-Henry Marching Statesmen have been back in action this summer, preparing for a fantastic fall season. Despite the heat and summer storms, twenty-six students completed a two-week band camp in July, where they learned new routines and drills for their fall show, Bowie n’ em. Each portion of the show begins with a David Bowie song but ends with a modern comparison of the Bowie piece.

For example, Bowie’s “Space Oddity” turns into the ‘80s hit from Peter Schilling- “Major Tom”. It is a tribute to the music of David Bowie’s and a musical description of his continued influence on the pop music world. At this point, students have completed over half of the program and will continue working on their halftime performance in preparation for our first home football game.