Drive-thru pharmacy to open in Keysville 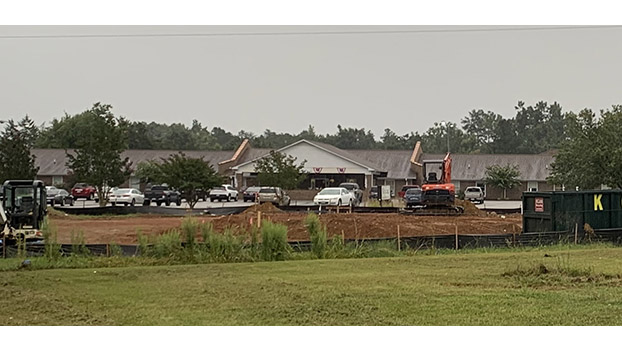 Work has begun on a new Walgreens building in the Town of Keysville.

Currently, Walgreens is located in the shopping center adjacent to Food Lion, but according to Walgreens corporate officials, there is a need for a smaller store.

Lathan said there will still be a retail section in addition to the full pharmacy with a drive-thru. However, the front-end retail section will be smaller than the traditional store layout.

The new location is under construction across the road from the current location, and as of press time, Lathan did not have a date as to when the store would open.

As for the old location, Keysville Mayor Steven Morris said he did not know what, if anything, would be going into the building.

“The old Walgreens space was rented, so I can’t even speculate on what or if anything will move in,” Morris said.

According to Morris Walgreen, corporate officials noted that the store in Keysville was not meeting its corporate profit percentage.

“That percentage would be on 5.26 million Walgreens grossed in Keysville last year,” Morris said. “Also, the new building will be 70% smaller than the space they currently occupy and rent, so it will be reducing the number of inventory it has available now.