Movie Review —Where The Crawdads Sing

Based off of the bestselling book by Delia Owens, “Where the Crawdads Sing” is going to be divisive. I anticipate it is going to be the battle of book readers, excited to see the characters on-screen, versus non-book readers, who may find the story overhyped. I fall into the latter camp. I didn’t hate the film by any means, I just don’t think I properly knew what I was getting myself into. I was expecting a gritty crime thriller, with some romance sprinkled in. Instead, I was left with a Nicholas Sparks-esque romance, with only a light dusting of thrills and very little mystery.

The film follows two storylines joined by flashbacks. The main action of the film follows Kya (Daisy Edgar-Jones) and her trial for the murder of Chase (Harris Dickinson), a former boyfriend whose body was found in the marsh lands outside of their North Carolinian town. Chase is the town golden boy, and everyone blames Kya, who they refer to as “the marsh girl”, for his death, despite little evidence tying her to the crime scene.

Through flashbacks, we learn about Kya’s story and how she got to this place, in this courtroom. She never had it easy. Abused by her alcoholic father and abandoned by her entire family, Kya was left alone in her family’s isolated home in the marsh as a young child. She was ostracized by the local community and never even went to school, despite being incredibly smart. Kya never even learned to read until one day when a local boy Tate (Taylor John Smith) decided to teach her. The two become fast friends, and maybe more. But Kya can never seem to find her fairytale ending, especially after her arrest. Was Chase’s death an accident and he fell through the grate of a watch tower, or did someone murder him?

Director Olivia Newman does a great job setting the film’s atmosphere, with gorgeous cinematography, set design and filming locations that establish the marsh as a main character in the film. Being from a small town along the Virginia/North Carolina border, I thought the filmmakers did a great job making the Louisiana sets look like the area where I grew up. The wide, sweeping shots of the marsh made for a serene and picturesque backdrop to the film, making it clear why Kya was so keen to spend every day of her life in this idyllic location.

I expected the tone of the film to be more along the lines of “Gone Girl” and was surprised/borderline disappointed when it, at times, veered off into the cheesy, melodramatic romance genre a la Sparks’s “Safe Haven.” And in several scenes, the dialogue verged on cringey; so much so, it took me out of the movie. It’s one of those times when you’re watching a movie and think to yourself, “people don’t actually talk like this.”

Another issue that arose, probably because I didn’t read the book, was I had a hard time figuring out the film’s timeline and how old Kya was supposed to be when she was played by Edgar-Jones. Was Edgar-Jones supposed to be 14? Even 16 years old is pushing it. It was also never clear to me why the townspeople ostracized and hated Kya as much as they did; just because she lived outside of town? On top of that, the climax of the story relies on a gut punch of a twist in the final act to really stick the landing. And unfortunately, I saw it coming from very early on, which really killed the mystery of it all.

But whatever issues you may have with the film, they will not involve Daisy Edgar-Jones, who gives a phenomenal performance as the native North Carolinian Kya. Had I not seen her light up the screen in the incredible British series “Normal People” (streaming on Hulu), I would have had no idea she was not American. She elevates the film to be more than the Hallmark movie it consistently steers towards. Edgar-Jones also has palpable chemistry with both of her love interests in the film. And the visible pain derived from all of the people that have let her down throughout her life is heartbreakingly expressed in her emotive doe eyes.

If you manage expectations, “Where the Crawdads Sing” is an entertaining enough summer romance, with elements of a whodunit that may or may not surprise you in the final act. However, don’t feel like you need to rush to theaters to see it; you can easily save your money and wait for it on VOD or, even better, for free on a streaming platform. 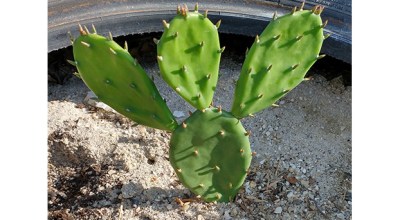