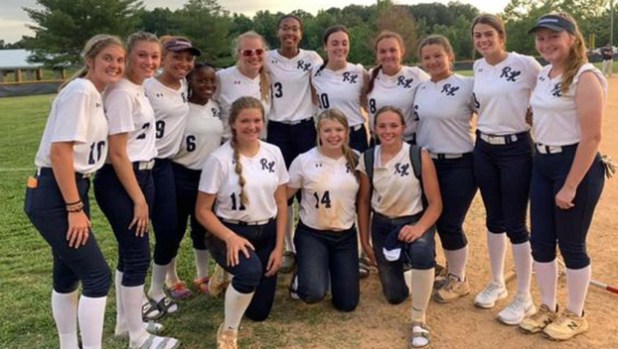 The Varsity Girls Softball team took their shot at the state championship but was defeated by the Appomattox Raiders 11-0 in tournament play. 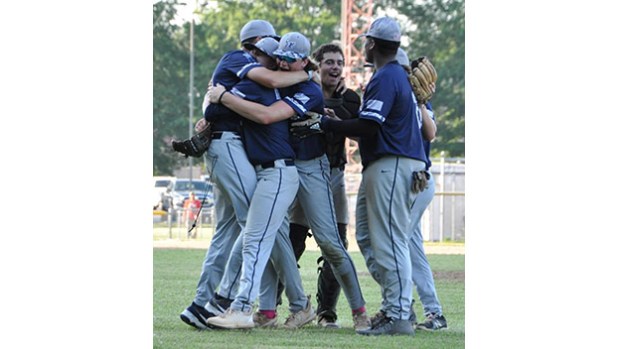 Statesmen punch their ticket to state tournament with win over Nandua 9-7.

Both the Randolph-Henry (R-H) Statesmen Varsity Baseball and Softball teams recently completed in the state tournament.

The Varsity boys were defeated in the opening round of the state tournament by Buckingham and the Lady Statesmen were defeated by Appomattox.

On Saturday, May 28, the baseball team started post season play.

The Statesmen hosted the Dukes of Windsor High School in the regional quarterfinals.

Runs would come at a premium in this game but Windsor would strike first in the top of the second scoring a runner from third on a fielder’s choice to the first basemen Jayden Gee.

This would be the only run scored for Windsor in this contest.

The Statesmen would answer back in the bottom of the third with two runs of their own from a single by Luke Skelton and another single by Camden Tucker scoring two runs.

This would be enough as Luke Skelton pitched a complete game only giving up 1 run and striking out 12.

With this victory the Statesmen would travel to Nandua High School for the regional semifinal game.

On Tuesday, May 31 the Statesmen would close out a 9-7 victory in the regional semifinal game earning them a spot in the state tournament.

Coach Barmoy had this to say after the win, “I am very proud of our guys for battling all game long. It’s not easy to take a five hour bus drive, hop off of the bus, and go play a ball game. This was a huge win for us and everyone wanted it bad. It showed as I looked into the stands after the game and saw how many parents and fans took this five hour bus trip to support us. I think the last time our program competed in the state tournament was 2014. I am excited to get to experience this with a great group of guys.”

Jett Algeier was the winning pitcher throwing 6 and 2/3rds of the game. Brayson Arrington would come in to record the final out with a strikeout.

Thursday, June 2, the Statesmen would travel to Poquoson High School for the Regional Championship game.

This game would be a seeding game as both teams already earned a spot in the state tournament.

The Statesmen would not earn a victory in this game as they fell to the Bull Islanders by a score of 8-0.

The Statesmen then traveled to Buckingham for the opening round of the state tournament.

On Tuesday, June 7, the Statesmen would struggle to put runs across against Buckingham with Justin Gunter on the mound. “We had opportunities to score and put pressure on Buckingham but they made some good plays defensively,” said Coach Barmoy.

Buckingham would string across six runs off of nine hits during the course of the contest. While the Statesmen were only able to scratch one run off of five hits. “We really liked our chances coming into this game as we played them (Buckingham) twice already this year, but you have to tip your cap to this team and the coaching staff on a well-played game in all phases.

“Even though the game did not go in our favor I am still incredibly proud of our team and how we overcame a lot to get to this point. We are bringing back the majority of our roster next season and will use this experience to grow,” stated Coach Barmoy.

The six to one loss would end the Statesmen season with a 17-7 overall record.

The Statesmen would finish the season as a top eight program and receive different honors on the district level and regional level. Daniel Powell would receive First Team All James River District at the catcher position. Three other Statesmen would earn Second Team All James River District Honors. Lucas Skelton and Jett Algeier would both earn this honor at the pitcher position and Jayden Gee would earn this honor at first base.

Three Statesmen earned First Team All region. Lucas Skelton at the pitcher position, Jayden Gee at first base and Jaylan Gordon at the designated hitter position.