Selected from a pool close to 75 applicants for the bank’s $mart$tart Community Commitment Scholarship, area recipients are:

“These 10 seniors have been recognized because of their exemplary service to several community organizations, as well as involvement and leadership in multiple extracurricular activities at their high schools,” Benchmark President/CEO Jay A. Stafford said of the recipients. “We need young people like these to further their educations and return to Southside Virginia and northern North Carolina to contribute their skills and talents for the future of our region.”

“The goal for our $mart$tart money management program is to help young people build solid skills to pave the way to a secure financial future as adults” explained Executive Vice President/Chief Banking Officer LeAnne Emert. “After the program was launched, we began hearing great stories about how students were contributing to their schools and communities. As an organization supporting the communities we serve, we believe these student efforts should be rewarded, so the $mart$tart scholarship program was born.”

Benchmark Community Bank, founded in 1971, is headquartered in Kenbridge, and operates 17 locations throughout Southside Virginia and northern North Carolina. Annually since 2007, American Banker magazine has named Benchmark as one of the Top 200 Community Banks out of nearly 4,750 community banks in the nation. To learn more about Benchmark, please visit www.bcbonline.com. 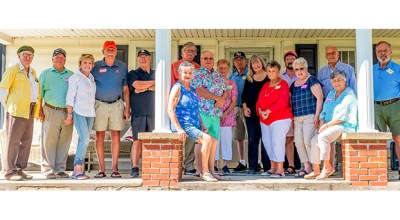