“It is truly an honor to be named as one of the top 200 community banks out of almost 5,000 community banks across the nation,” said Benchmark President/CEO Jay Stafford. “That we have received this honor annually since 2007 is a real testament to our employees who remain dedicated to Benchmark’s banking incorporated by our founders who envisioned this bank half a century ago.”

The Top 200 Community Banks list is published annually in the May issue of American Banker magazine, the recognized leader in financial industry publications. Eligibility for the Top 200 list is based on a three-year average of a bank’s return on average equity for 2019-2021. Of the nearly 4,750 publicly traded community banks in the United States with asset size below $2 billion, 438 institutions met the criteria for consideration this year.

Benchmark Community Bank has been named to list annually since 2007. For 2021, Benchmark was ranked #50 in the United States, #2 among eight Virginia banks, and fourth among eight North Carolina banks named to the list.

Benchmark Community Bank is the sole subsidiary of Benchmark Bankshares, Inc., which trades under the symbol BMBN on the OTC Pink marketplace. Founded in 1971, the bank has 17 branches throughout Southside Virginia and northern North Carolina. To learn more about Benchmark Community Bank, you are invited to visit the bank’s website at www.bcbonline.com.

Farmville resident named to Bankshares board 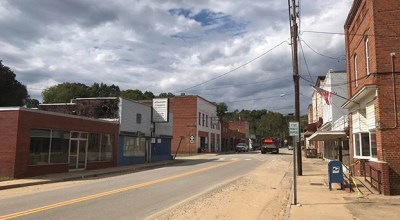