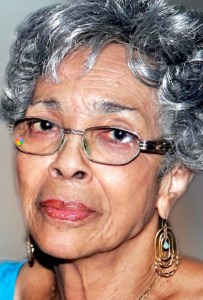 Jessie Bernice Stokes Charlton, 94 of Keysville, passed away peacefully at her residence on May 25, following a lengthy illness. Bernice was the first of six children born to Goodrich Henry Stokes Sr. and Elizabeth Holloway Stokes. She was predeceased by her husband, Keith Lloyd Charlton Sr.; her parents and two sisters, Dr. Mary Stokes Frayser and Ernestine Stokes.

Bernice was born in Lunenburg County on July 25, 1927. After graduating from Lunenburg Training School (later Lunenburg High School) in 1943, she moved to Brooklyn, New York, where she met and later married Keith in 1966. They retired in 1980 and moved to their newly constructed home on the Stokes family farm in Keysville, where she resided for 42 years.

Special appreciation is extended to caregivers Tammy Daniels, Rocksand Stewart, Katia Taylor, Venecia Watson and the staff of Amedisys Hospice for their care and support during Bernice’s illness.