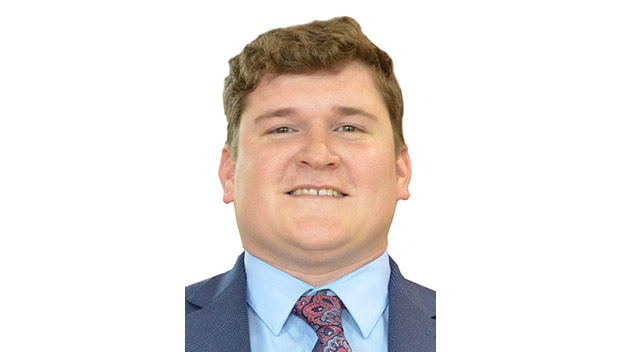 Long served as the assistant coach at Old Dominion Athletic Conference (ODAC) member Ferrum College during the 2021-22 season, and was a four-year team member and three-year All-ODAC honoree at Guilford (NC) College, where he graduated in 2019.

“We are very excited to welcome Carson to the Tiger basketball family,” said Kimbrough. “He played on two ODAC championship teams as a player and understands what it takes to win consistently in this league. Carson brings great energy and enthusiasm towards his work and is passionate about helping to develop the student-athlete.”

Carson started 102 of 115 career games at Guilford, helping the Quakers to a four-year record of 79-36 overall, including 46-18 in ODAC contests-winning ODAC Tournament titles in 2017 (24-6, NCAA Tournament second round) and 2019 (24-8, NCAA Tournament quarterfinals)-finishing his career with 1,436 points and 646 rebounds. The 102 career starts are second only to Coach Kimbrough at GC (108). A three-year team captain, he was named All-Region in 2017 by both the National Association of Basketball Coaches (NABC, Second Team) and D3hoops.com (Third Team), and was the 2017 ODAC Tournament MVP, as well as being named to the 2019 ODAC All-Tournament Team. Long was also named to the 2017-18 ODAC All-Academic Team, and was selected GC’s 2017 Male Athlete of the Year. Carson was a four-year member of the Student-Athlete Advisory Committee (SAAC), and attained the dean’s list and athletic honor roll multiple semesters with the Quakers.

Long also spent time in Sligo, Ireland during 2019-20 working with Sport Changes Life, playing in the 2nd level National League for the Sligo All-Stars. While there, Carson influenced the local youth by helping them raise their goals and aspirations. He coached and volunteered throughout the community, as well.

Carson completed an internship at the CP3 Basketball Academy in 2018, supervising social media platforms, organizing camps and orchestrating promotional events. He also has several years of experience in working at high-level basketball camps, including the Danny Manny Basketball Camp (2018-19), the John Calipari Basketball Camp (2016-18) and the Charlotte Hornets Camp (2016). In addition, he played for the Global Sports Academy in Germany, Belgium and the Netherlands during 2018, and coached for Team Felton AAU during 2017.

A native of Pilot Mountain, North Carolina, Carson earned a Bachelor of Science degree in sports management at Guilford. He was involved in the Quakers Read program at local elementary schools during his four years, and has been involved with Special Olympics since 2012.