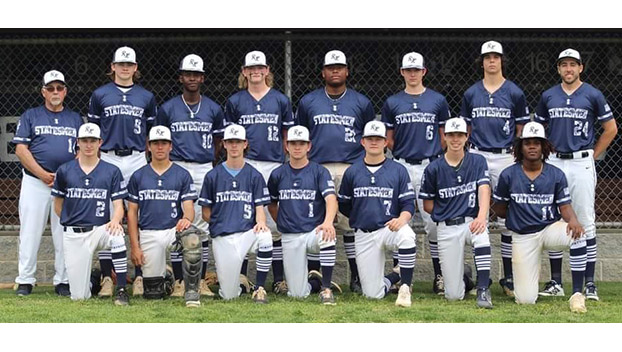 The Randolph-Henry (R-H) Statesmen baseball team took on another tough three games in a row last week. This marking six games in a 10 day span. Four out of the six games were hosted at Bankston Field. On Tuesday, April 19, the Statesmen traveled to Cumberland County to play against the Dukes. The Statesmen would run away with this game early scoring 17 runs off 11 hits. Ben Gibbs, Tucker Webb, Camden Tucker and Andru Lee all recorded two hits on the night as the Statesmen win 17-1.

On Wednesday, April 20, the Statesmen would host the Pioneers of Heritage out of Lynchburg. The Statesmen would get the bats rolling in the bottom of the first inning scoring five runs with two outs. Luke Skelton would take the mound for the Statesmen and throw six innings striking out 11 and only surrendering one unearned run.

The Statesmen would add to a five run lead in the second scoring another five runs from four hits. Jayden Gee led the offense with three hits during the course of the game. Brayson Arrington also had two out of the nine hits for the Statesmen. The Pioneers would tack on a run in the top of the fourth but would not be enough as the Statesmen would win back to back nights this time with a score of 11-1 over Heritage.

On Thursday, April 21, the Statesmen hosted Military Appreciation Night. Statesmen baseball players and fans commemorated this night by wearing digital camouflage jerseys. All Veterans and Active Military were recognized before the game as well as a ceremonial first pitch that was thrown out by John Engelhorn. He served in the United States Coast Guard from 1979-1983 and now serves as the culinary arts teacher at R-H.

Additionally, there was baseball to be played between the visiting Cougars of Nottoway and the Statesmen. This game did not start out in the Statesmen’s favor as two costly errors and a double by Fowkles of Nottoway would allow the Cougars to take a 2-0 lead heading into the bottom of the first. However, things would certainly change as Ben Gibbs would single and Junior Powell would reach first base on an error by the Nottoway shortstop, Young. This would bring Tucker Webb to the plate and on a 1-2 pitch Webb would clear the bases with a homerun over the right center field fence. This bringing the score in favor of the Statesmen 3-2. The Cougars would score four runs in the second and one run in the third before the Statesmen would get back on the board with one run in the bottom of the third bringing the score to Nottoway 7 and R-H 4. The costly errors would be the difference in this ball game as Nottoway would continue to score two runs in the fifth and three runs in the seventh. Ben Gibbs would later hit a solo homerun in the bottom of the seventh but that would not be enough as the Statesmen would fall 12-5 in the last game of the week.

The Statesmen are back in action this week with two more home games as Tuesday the Eagles of Prince Edward County came to town and on Thursday the Chargers of Central Lunenburg visit Bankston field. Thursday’s game will start at 5 p.m. and tickets can purchased on the Ticket Spicket app or $6 exact change at the gate. 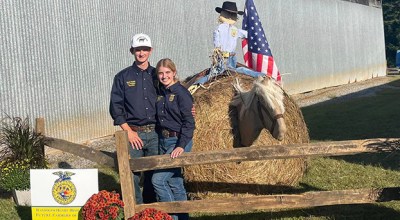 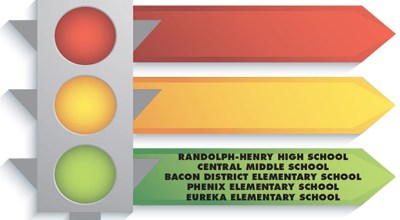