This is just the latest step in the two-year long process of renovating and rebuilding the school building. Last school year, two classrooms at the side of the school were demolished and were replaced with a four-classroom wing that houses the first and second grade classes.

“I love the big classrooms and the cafeteria.” Second grader Olivia said.

A new kitchen was constructed attached to the back of the existing cafeteria to prepare and serve the students daily meals.

As a part of the overall construction project, the Primary Hall and classrooms were renovated in the summer of 2020 with new lighting, ceilings and freshly painted walls.

During the summer 2021 construction work, the cafeteria and entrance area restrooms were updated with new ceilings, lighting, plumbing fixtures and flooring. Students, staff and parents have been excited to see the progress during the construction and are pleased with the final results.

BDES Fifth grade teacher Shauna Agee agrees, “The new renovations at BDES have been exciting for both the staff and students. We have all been thrilled to watch the changes throughout this process. When we moved into our new classroom, the students couldn’t contain their excitement and have expressed many times how much they like the new part of the school. As a teacher, community member and parent, I am ecstatic to see Bacon District get the upgrades it deserves. “ 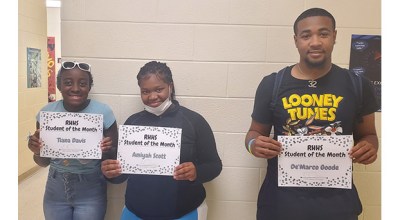