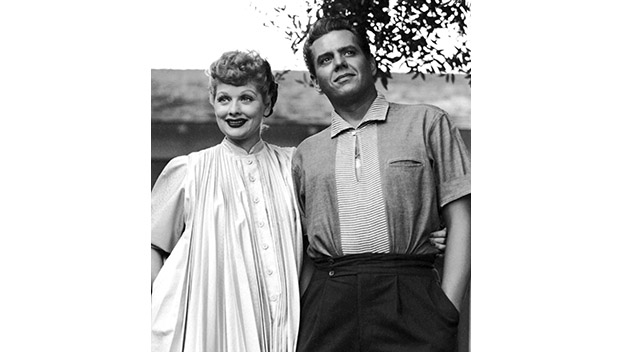 It is hard to put into words how much I was moved by Amy Poehler’s masterpiece documentary Lucy and Desi. The film is not only the definitive work on Ball and Arnaz’s professional and personal relationship, but a moving love letter to the two most instrumental figures in television history. It is clear that this film was created with an enormous amount of adoration and respect. And even if you aren’t as big a fan as I am and somehow do not start sobbing during the film’s last 30 minutes—or :ahem: while you are writing a review — you will come away with a new understanding of Lucy and Desi’s talent, as well as their enduring love for each other.

Lucy and Desi is a warts and all depiction of the couple’s lives individually and together. From unstable childhoods to their fiery relationship and lasting legacies, the film is not afraid to delve into some of the more “spirited” elements of the duo’s relationship and career, which makes it that much more authentic.

Poehler primarily uses recorded interviews with Lucy and Desi and archival footage so they can virtually narrate their own story, as they remember it. My favorite moments were the behind the scenes clips of the couple in their element ensuring their work was the best it could be, as well as iconic I Love Lucy moments that still make me laugh no matter how many times I have seen them. The film is so well done and expertly edited, it almost feels like Poehler and her team traveled back in time to interview Lucy and Desi in the moment.

These personal recordings, combined with private reflections from interviews with Lucy and Desi’s daughter Lucie Arnaz, make the film feel both intimate and revealing. Poehler also sprinkles in interviews with historians to properly contextualize the couple’s enormous impact to the entertainment industry, including in technology and Desilu-produced shows. I also was personally impacted by the historians’ discussions on the misogyny Ball faced in the industry, and how I Love Lucy was one of the first shows that depicted women as friends rather than adversaries.

If I could choose the three public figures that have meant the most to my understanding of being a strong woman and who contributed to my love of film and TV, it would be Lucille Ball, Carol Burnett, and Bette Midler. I have loved these three women since I was a little girl, so imagine my surprise when Burnett and Midler were chosen as the primary celebrity interview subjects in this film. To put it mildly, it was a kick to the gut; I almost wondered if I had dreamed this documentary into existence.

But it makes sense that Poehler would choose these legendary women to talk about Ball; they are comediennes who were also inspired by her work, and even had the opportunity to be mentored by her. I loved hearing the women talk about Ball’s fearlessness and the way she would show up to watch them perform, her red hair giving her away in the audience. Ball was the early example of women supporting women in Hollywood, with both Burnett and Midler discussing how she took them under her wing to help in their own careers. My favorite, of course, being Ball’s appearances on The Carol Burnett Show, particularly “As The Stomach Turns.”

Lucy and Desi affected me more than a movie has in a long time. To put it mildly, I was emotional throughout, but fully started sobbing for the film’s last 30 minutes, and am still emotional writing this review. Lucy and Desi have meant so much to me my entire life, and I am just so thankful Poehler made this beautiful tribute to them that is as informative as it is touching. I didn’t realize there was much more I could learn about Lucy, but Poehler found a way to open a whole new element of her extraordinary life to reflect on.

Thankfully, the film has found distribution on Amazon Prime and will be released on March 4. I encourage you to mark that date on your calendar, get out the tissue box, and enjoy a beautiful tribute to Lucille Ball and Desi Arnaz.