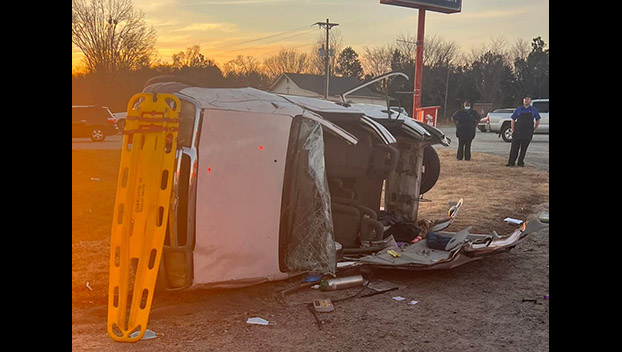 Two individuals were injured following a crash that occurred on U.S. Route 360 near Sundae’s Restaurant in Wylliesburg on Wednesday, Dec. 15 around 4:30 p.m. Members of the Bacon District Fire Department and Charlotte County Rescue arrived on scene to find one individual entrapped and one who was ejected from the vehicle. Both individuals were airlifted to a nearby hospital. The Virginia State Police are investigating the crash.