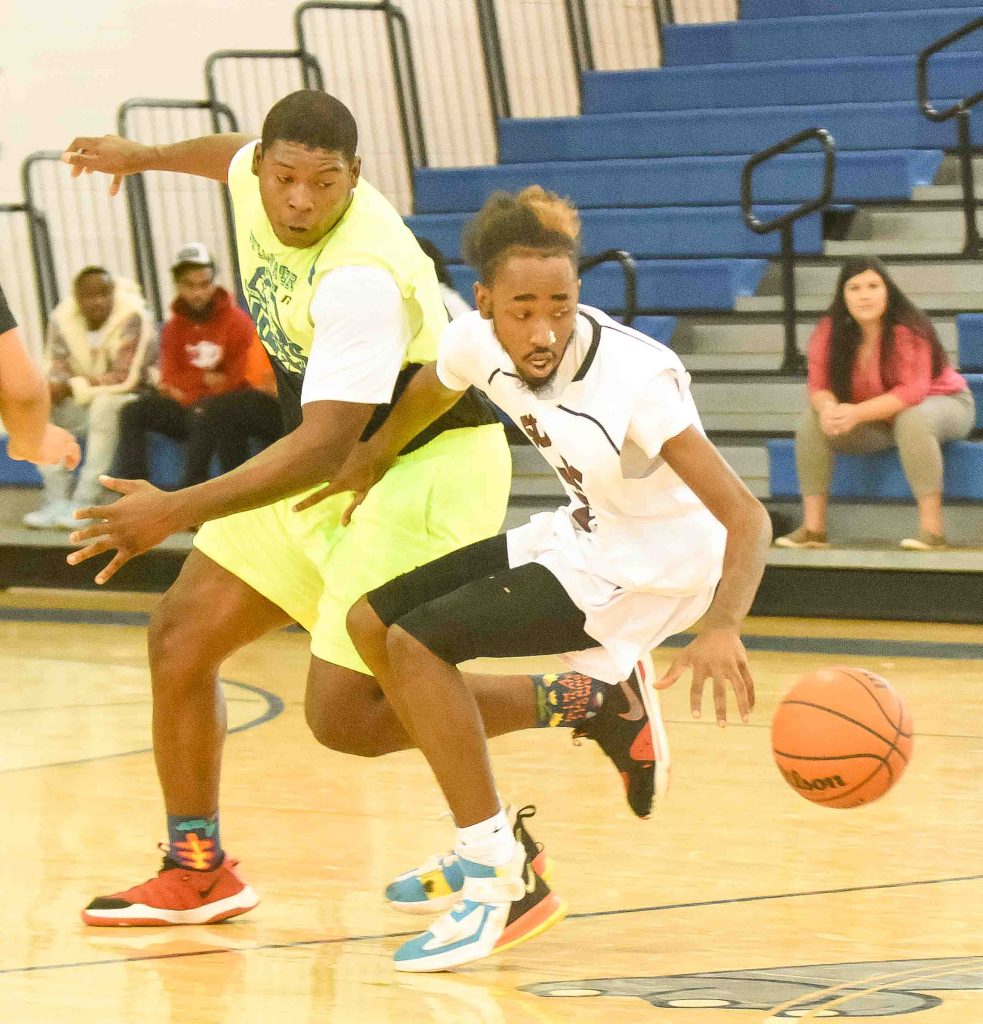 Vincent Terrell gains possession of the ball in action from the local team’s 95-61 win over Stillwater Christian in their season opener on Saturday afternoon in Lawrenceville.

It had been 18 months since the Southside Virginia Community College men’s basketball team last took the floor due to the COVID-19 pandemic, but the Panthers didn’t miss a beat on Saturday afternoon, topping visiting Stillwater Christian 95-61 in the 2021-22 season opener at Brunswick High School.

The contest was close for the first 15 minutes, but SVCC began to create some separation when Marctavious Holmes converted a bucket and DeAndre Miles hit a trey at the 3:59 mark of the first half for a 35-27 lead.

Vincent Terrell followed with two buckets to increase the lead to 39-27, and Isaiah Thompson added a trey to give the local team a 44-30 lead at the halftime break.

SVCC increased the lead early in the second half as two buckets by Aaron Logan and a trey from Nehemiah Wood gave SVCC a 69-41 lead at the 11:33 mark.

Two straight buckets by Glenn Hawkins and a big dunk by Marquise Petty extended the SVCC lead to 85-54 on the way to the lopsided victory.

SVCC let their first road contest of the season get away from them on Sunday afternoon after losing a seven-point lead with 10:40 remaining and falling 70-64 to Dabney Lancaster CC (DLCC) in Clifton Forge.

The local team took their first lead of the game with 1:34 left to play in the first half on a trey by Nile Atwater and got a layup from John Everhart to take a 31-28 lead to the halftime break.

The local team hit a dry spell for over four minutes to fall behind 61-60 with 2:55 left to play and DLCC hit their shots down the stretch to seal the victory.