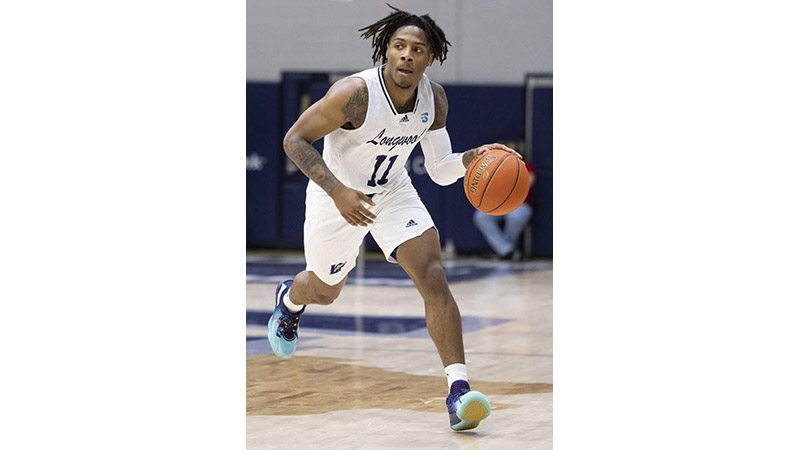 Justin hill takes the ball down the court in the game against Old Dominion. (Photo by Mike Kropf)

In a commonwealth slugfest, Old Dominion forward Mekhi Long landed the final blow with a game-winning layup at the buzzer to lift the Monarchs to a 62-61 comeback win over Longwood men’s basketball Friday, Nov. 26, at Chartway Arena.

Trailing 61-60 after Big South Preseason All-Conference point guard Justin Hill gave Longwood a one-point lead with two made free throws, Long corralled a pass from Jaylin Hunter under Longwood’s basket and beat the Lancer defense to the glass to bank in the game-winner.

Long’s game-winning bucket put to rest a back-and-forth end-game sequence that saw the lead change hands eight times in the final 5:45. Longwood overcame a three-point deficit in the final 1:20 when Isaiah Wilkins and Hill hit four consecutive free throws on back-to-back possessions, with Hill earning his go-ahead opportunity after fighting for an offensive rebound and drawing a foul with 9.0 seconds left.

Hill hit both of those shots to put the Lancers up 61-60, but the Monarchs used every millisecond of their final nine seconds to execute their game-winning play. Hunter initiated the game-winner by threading a contested pass through Longwood’s defense and into the paint where Long grabbed it and dropped it off the glass into the basket as the final buzzer sounded.

“I was really proud of our effort,” said Longwood Head Coach Griff Aldrich. “I thought we had several lulls during the course of the game; ODU made a few runs, and I thought our guys could have collapsed or fallen apart. But I think a real tribute to the guys is they really fight. I haven’t seen them give up, ever – whether it’s Iowa or tonight. I’m really proud of them for that.

Long’s game-winner capped a standout performance for the 6-7, 200-pound sophomore, who led all scorers with 18 points and scored 12 of those after halftime. He finished 6-of-10 from the field with six rebounds, four blocks, two steals and two assists as one of two double-digit scorers. Meanwhile, Hunter’s game-winning assist was his sixth helper of the night, pushed the Monarchs’ home win streak to four games, improved their home record to 13-1 over the past two seasons.

For Longwood, Hill led the way with 14 points for his third consecutive double-digit scoring game. He helped give Longwood the lead three times during the final 5:45, first by hitting a runner at 5:33 that broke a 49-49 tie, then by finding Wilkins for a go-ahead three-pointer at 2:40 for a 57-56 lead, and finally with his go-ahead free throws at the nine-second mark.

“Justin showed some real maturity there,” Aldrich said. “I was really proud of him. That’s big time. There was great atmosphere here tonight for the game, and you’d like this one to go a different direction there at the end. But credit ODU – they made a play when they needed to.”

Longwood guard DeShaun Wade also scored in double digits for the third time in his past four games with 13 points, but Old Dominion held the rest of Longwood’s high-powered offense in check and limited the Lancers to fewer than 70 points for only the second time this season. Limiting opportunities for leading scorer Leslie Nkereuwem, also the reigning Big South Player of the Week, was a focal point of that plan, with the 6-7, 220-pound junior attempting just seven field goals and finishing with seven points. Second-leading scorer Isaiah Wilkins was also limited to single digits with eight points, and Longwood – despite shooting 9-of-18 from three-point range – managed a season-low 20 points in the paint.

Longwood’s post-Thanksgiving road swing will conclude Tuesday, Nov. 30, with a trip to Georgetown, followed by the start of a three-game homestand in Willett Hall against Delaware State on Dec. 4, Morgan State on Dec. 11 and Carolina University on Dec. 14. 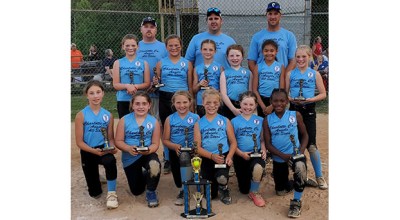 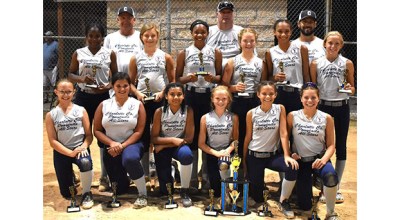