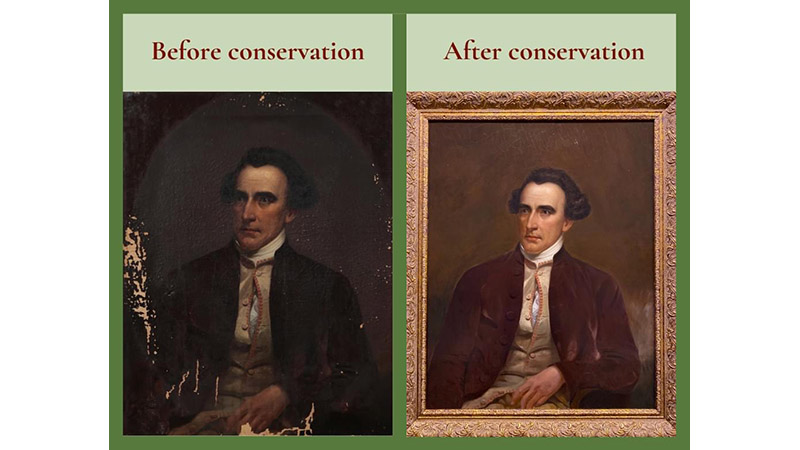 After acquiring a rare portrait of Patrick Henry in early 2021, the Red Hill staff immediately sent it to be conserved. After months of work by conservator Mark Wittl, the painting has returned to Red Hill and hangs in the museum for all to enjoy. American artist Junius Brutus Stearns (1810-1885) painted this work during the mid-19th century. Born in Vermont, Stearns served as a Union soldier during the Civil War and may have been inspired by Henry’s ideas of liberty to paint the patriot sometime after the conflict.