A few weeks ago we looked at Peter and John as they were on trial by the religious leaders who wanted them to stop talking about Jesus. As we look in Acts 4:1-4, we find, “As they were speaking to the people, the priests and the captain of the temple guard and the Sadducees came up to them, being greatly disturbed because they were teaching the people and proclaiming in Jesus the resurrection from the dead. And they laid hands on them and put them in prison until the next day, for it was already evening. But many of those who had heard the message believed; and the number of the men came to be about five thousand.”

It is very hard to understand why another believer would be offended because the name of Jesus was being proclaimed. It looks like everyone would be happy that their brother and sister in Christ pursued the lost. In fact, you would assume that they would pray for each other and support each other as much as they could because after all — the goal is to reach the lost.

I love the response these two had to their situation. “When they had been released, they went to their own companions and reported everything that the chief priests and the elders had said to them. And when they heard this, they raised their voices to God with one mind… And now, Lord, look at their threats, and grant it to Your bond-servants to speak Your word with all confidence, while You extend Your hand to heal, and signs and wonders take place through the name of Your holy servant Jesus. And when they had prayed, the place where they had gathered together was shaken, and they were all filled with the Holy Spirit and began to speak the word of God with boldness.” (Acts 4:23-31)

As Christ Followers, we can be encouraged that God has a plan. It is His plan, and nothing will change what He has designed for us to do. Not only can we have encouragement in His plan but also in the absolute joy that we get to participate in it! It is God’s providence. As Christ Followers, life is set to course by a purpose and power beyond our understanding. When we have put our trust and our faith in Jesus, it does not matter if the ground shakes. He gives us the confidence to press on with His plans. This week, let us ask God to give us more confidence as we meditate on His word and receive all that God desires for us to share with our community.

Yvette Perrin is a columnist for The Charlotte Gazette. She can be reached at theword2yvette@gmail.com.

The Word — Success is God 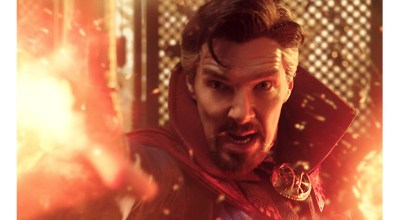 Movie Review — Doctor Strange in the Multiverse of Madness

Community Calendar for the week of Oct. 27