With her years of leadership experience in Social Services, business management, budget preparation, policy formation, administration and holding positions on local and state boards, Hazel Bowman-Smith feels she is the right candidate for the Charlotte County Board of Supervisors. 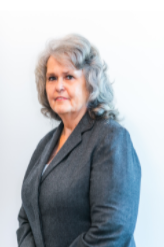 Bowman-Smith is seeking the Board of Supervisor’s seat currently held by one-term supervisor Kay Pierantoni in the Wylliesburg/Red Oak district.

After serving on two committees appointed by the Board of Supervisors and being appointed for a second term on the Social Services Board representing her district, she decided to seek the supervisor seat.

As a lifelong resident of Charlotte County, Bowman-Smith has seen drastic changes in the County. “I am most concerned about the declining population and higher taxes,” she said. “Our young people have very little to keep them in the county. Lack of broadband internet is a huge factor in our poor economic growth and lack of good job opportunities. These factors of course lead to higher taxes for the remaining citizens. When the schools were shut down last year, many of our students had to sit in vehicles in parking lots to complete their schoolwork. Seeing this, broke my heart and I hope to never see it again.”

Bowman-Smith said that she is not a politician and is well known for her volunteer activities with Relay for Life, Charlotte County Christmas Parents and individual fundraisers for many other groups and individuals.

Since retiring from VA Tech, she has grown her AVON business and recruited a national award-winning AVON team. She continues to serve as consultant with VA Tech on various projects.

Bowman-Smith faces opposition in the November election as Larry Newcomb is also seeking the Wylliesburg/Red Oak district seat on the Board of Supervisors.