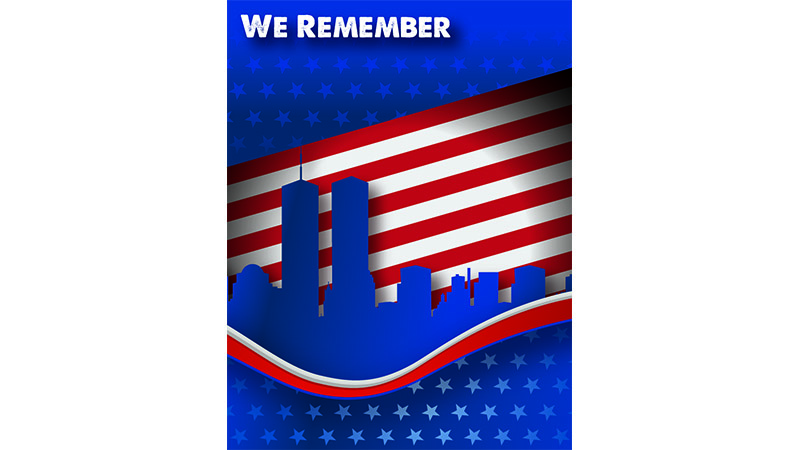 The Charlotte Gazette asked people for their memories of where they were, what they were doing and what they were thinking on Sept. 11, 2001. These responses were solicited in the newspaper, on Facebook and on our website, inviting people to respond via the website, Facebook or email. Below are some of the responses we received. Responses have been edited for spelling, grammar, style and length.

I was teaching at Randolph-Henry, Lisa Bailey came in my room and said cut on the TV. It was a very sad day. I always felt that Alan Jackson’s song about that day was what I experienced. A couple of years ago I took my youngest granddaughter who was born in 2001 to see the sight in New York and visit the museum. I cried all through it but it was very different for her and was just part of history. On the other hand I lived through it but she did not remember it.

Now it does not seem like we learned from that awful experience.

I was working at Walmart in Reno, Nevada. We watched it on a small TV in the back office. We started making American Flag pins and giving them away. I can remember thinking about how everyone was feeling the same and we were all united. The entire country was united, everyone flying American Flags. Sad our country is no longer like that. The slogan “We will never forget” has been forgotten. I will never forget that fateful September day.

I was teaching high school in Fredericksburg. I did not know that anything had happened until after both towers and the Pentagon had been hit. My husband was commuting to Washington DC and saw the plane hit the Pentagon. Such a sad, sad day.

I remember I was in Mrs. Elders English class my senior year at RHHS! We were turning the TV on to watch Macbeth, and the news was on. The first plane had already hit. A few minutes into watching, we saw the second plane hit the other tower. We all knew then that this was no coincidence. We knew instantly that the U.S. was under attack. The rest of the day at school, we watched the events of 9/11 happen. When both towers came down, it was the saddest thing I had ever witnessed. You could literally hear a pin drop in the entire school.

Transitioning to second period, College History Class with Mr. Eanes at RHHS. I will never forget Russ Clark [Rachael B. Clark] running in and turning on the TV. It was just after the first plane hit, and we watched the second plane hit. It was the worst feeling in the world! Mr. Eanes sank in his chair, and within a few days he was saying goodbye to us to serve our country. Gloria Talbott was Principal at the time, and she came over to prepare us for dismissal all while she reminded us to hug our families, and to remember this moment in history. It still feels like yesterday.

On the way to college classes. After this tragic event, America united. Maybe with events in Afghanistan happening now we will unite again!

I was in the ER in clinical (nursing school) we went into the doctors lounge to watch on TV and watched live as the second plane hit. We all thought it was a recording of the first plane. Total disbelief.

I was a senior in high school on Long Island. I was in gym class. A student walked into the gym and said, “If anyone in here has parents that work in the World Trade Center, you need to go to the main office immediately.” She shut the door and walked out.

Hours later, I got in front of a TV and watched the devastation firsthand. I vividly remember not hearing planes overhead for days. Living in New York at this time was scary!

I was living on Fort Bragg and we went into lockdown. My heart sank and I knew we were under attack and that we were going to war. So many emotions and grief and sadness. Shock.

I was at work. I heard it on the radio at first no one could believe it. My youngest child was turning one that day I just wanted to get home to my kids as fast as I could knowing so many had lost their lives that tragic day. I will never forget it.

I was at work at the Red Cross in White Plains, New York. My heart sank and I had a feeling I just can’t describe.