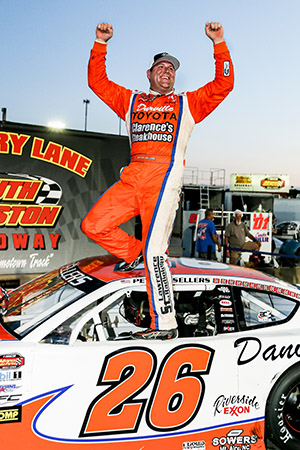 “We’re going to try to put more points up week-in and week-out. Jacob Goede out at Elko is our (national championship) contender right now. He beat (Mike) Looney on the final points night of the season the other year (2019), so we know he can do it.

“We’ll give it all we’ve got and try to get more trophies.”

Sellers has recorded 20 wins this season as of the August 25 update from NASCAR. The winner of the last three races at South Boston Speedway, Sellers will be gunning for a fourth straight win in Saturday night’s event. He is thankful for every win, especially those that have come late in the season.

“For us to be putting up the numbers we are right now is unbelievable,” remarked Sellers who has eight wins in 16 starts this season at South Boston Speedway.

“These wins are hard to get at the end of the year because everybody is tuned-in and fine-tuned.”