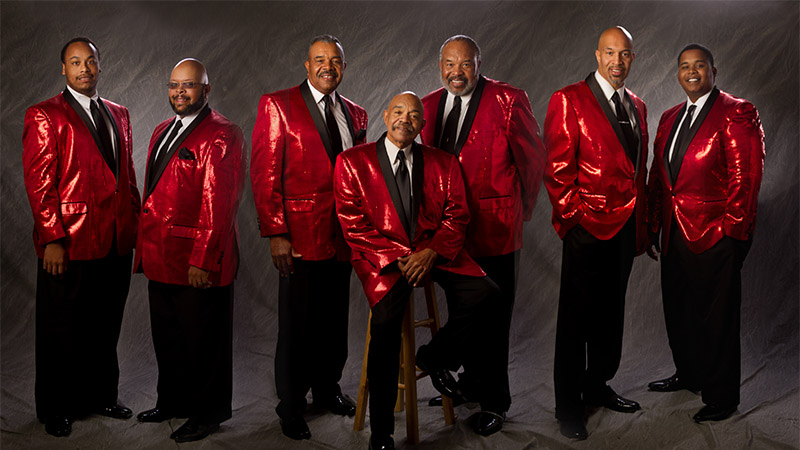 The Larnell Starkey and the Spiritual Seven will perform at the Prizery Saturday, Aug. 7 at 7 p.m.

The group from Wirtz, in southwestern Virginia  are all active in Chestnut Grove Baptist Church, where many of the group sing when they aren’t on tour.

“We’re not entertainment. It is a ministry for us,” Dar Alexander, a singer, writer and business manager for the group, said. “What we sing about is what how we live. We try to inspire people through ministry and singing to bring people to Christ or to know who God is.”

Larnell Starkey, which the group is named after, is the oldest family member and a singer. Others involved besides Dar Alexander, are Walter Starkey, Danny Starkey, Tim Starkey, Eric Starkey, Travis Starkey, Devan Reynolds, and Demone Starkey, who is the engineer.

The group had performed  in Virginia for years but took off in the mid-90s after appearing at regional gospel conventions. In 2017 they traveled coast to coast. The group has made eight recordings and has won numerous awards.

Tickets will be $19 and $21 for the 7 p.m. show and can be purchased at the door or at https://theprizery.simpletix.com.