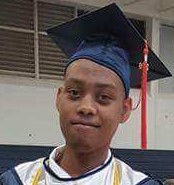 Trevon Jamal McCargo, affectionately known as “Tre”, passed away on June 18, in Lynchburg. He was the son of Angela McCargo Spencer and Wesley Jerome Edmonds. He was preceded in death by his grandparents, Pattie McCargo, Thomas Davis, Thelma Edmonds and Marion Edmonds Sr.

A graveside service was held on June 26, at 1 p.m. at St. Michael Baptist Church in Drakes Branch. Condolences may be expressed at www.JeffressFuneralHome.com. Arrangments were by Jeffress Funeral Home of Charlotte Court House.