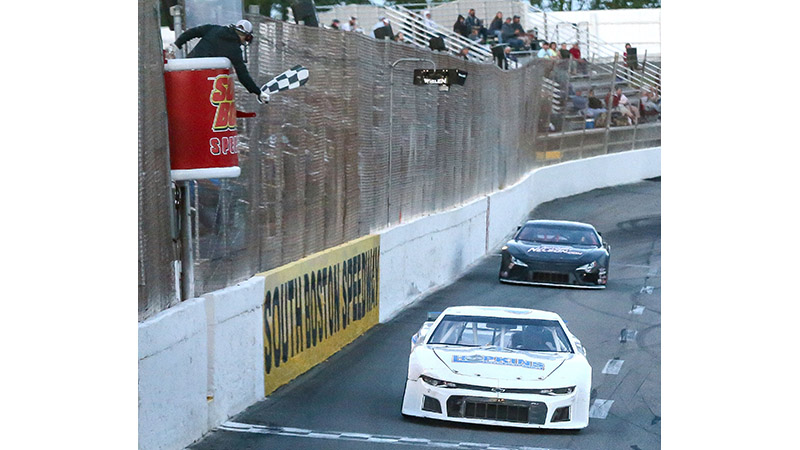 Looney squeezed past Peters with eight laps to go and edged Peters by almost a second to score his first career win at South Boston Speedway.

“This has been the track in Virginia that has eluded us,” Looney noted after his win. “This was the top of my goal list. We really wanted to win one down here. We’ve been so close, and things just didn’t pan out, but we got it tonight.”

Peters took the lead at the outset and held it until Looney made a strong late-race bid.

“He did a heck of a job,” Looney said of Peters.

“He worked that high line well. I never saw that coming. I liked to have never gotten by him.”

Peters said he went to the top of the track trying to find grip.

“I kept trying to get up higher and higher, trying to find some more grip and jumped the cushion, made a mistake and he got by me. He was doing what he had to do pressuring me to make a mistake and I did.”

The nightcap featured a second battle between Looney and Peters, but that battle ended when Looney crashed on the front stretch on Lap 28 while battling Peters for the lead. Peters held on from there, fending off brief challenges that followed a pair of restarts after caution periods to edge Camden Gullie of Durham, North Carolina by 1.674 seconds and secure the victory.

“It feels good to be here at South Boston Speedway and win a race or have the night like we had tonight,” Peters remarked at the close of his night that included a runner-up finish and a win.

Peters gave kudos to Looney and his effort in the twinbill.

“Hats off to him and his guys,” Peters said.

Daniel Moss of Danville started on the pole and led the entire distance in winning Saturday night’s 50-lap Limited Sportsman Division race. The win was his third victory of the season.

Crews started at the rear of the field in the opening race and sped past leader Justin Dawson of Nathalie on the ninth circuit to take the lead. Once in front, Crews never surrendered the lead and edged Dawson for the win.

Crews started fifth in the second race, grabbed the lead from Layne with four laps to go and held on to record his sixth win in six starts this season.

Dawson grabbed the lead from Kevin Currin of Chase City on the fourth lap and edged Jared Dawson of Nathalie for the victory.

NASCAR racing action returns to South Boston Speedway Saturday, May 29 with the Southside Disposal Night at the Races racing program.

The race day schedule has registration and pit gates opening at 2 p.m. Practice will begin at 4 p.m. and grandstand gates will open at 5:30 p.m. Qualifying will start at 6 p.m. and the first race will get the green flag at 7 p.m. 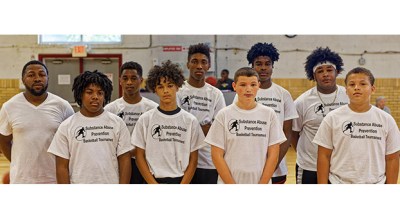