Rescue Squad gets a new ambulance 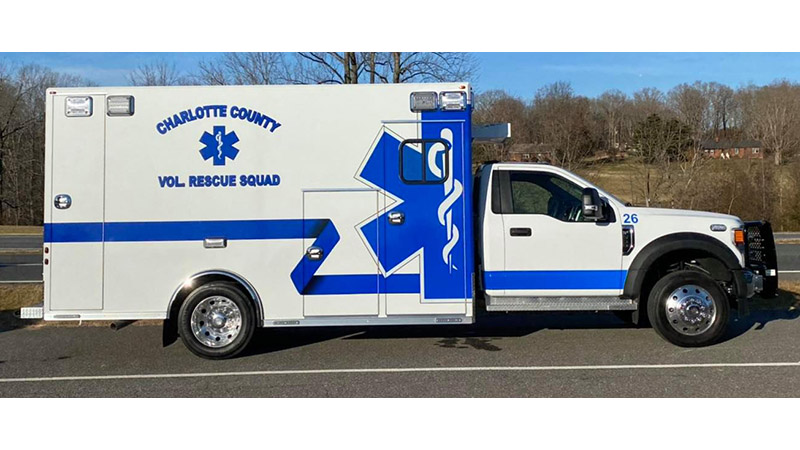 The Charlotte County Rescue Squad added to its fleet of ambulances recently with the addition of a new Ford F550 4×4 Type I Osage 176” Super Warrior Ambulance. The new ambulance was purchased with $290,000 of CARES Act funds and will be the sixth ambulance for the rescue squad. According to Squad Captain Bill Mayhew, the ambulance is expected to be put into service at the end of March.