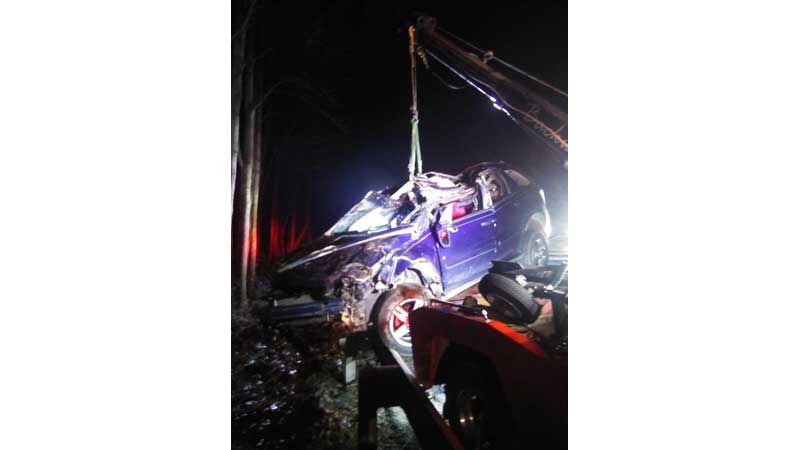 A 2008 Chevrolet Equinox is lifted out of an embankment along Patrick Henry Highway on Monday evening, Dec. 28, after overturning and landing there. The driver did not survive the accident. (Photo by Steve Thompson)

Virginia State Police (VSP) Public Relations Coordinator Shelby Crouch said in a statement it was at 6:55 p.m. when VSP responded to a the incident on the highway, just east of Indian Spring Road.

“A 2008 Chevrolet Equinox ran off the left side of the road, struck a guardrail and overturned in the median,” she said.

She said the driver, Tonya Ford, 40, of Keysville, died at the scene. She was not wearing a seat belt.

Meherrin Volunteer Fire and Rescue Inc. Fire Chief Trey Pyle also provided his account of the incident, noting his department was dispatched at 6:53 p.m. for a reported single-vehicle accident overturned with entrapment.

“On arrival, crews found a single vehicle overturned down an embankment,” he said. “The sole occupant was found to be deceased from injuries sustained in the accident.”