“The event sold out,” Randolph-Henry Athletics Director and Assistant Principal Christopher Holt stated in an email providing a list of takeaways from the event. “We were blessed with and enjoyed a beautiful, crisp fall day.”

He noted that golfers and staff added to the fun atmosphere by wearing Halloween costumes.

“A special ‘thank you’ to all of you who played a part in helping make this event a success,” he said.

The first-place winners of the event, with a score of 56, were Rodney Duffer, Gabe Francis, Eli Moore and Jake Back.

The second-place winners, with a score of 57, were Brian Gard, Craig McCloud, J.W. Shupe and Jason Schools.

The third-place winners, with a score of 60, were Justin Saunders, Jimmy Clay, Chuck Newcomb and Johnny Wilson.

Robert Laine, Barrett Laine, Jonathan Jones, Barry Mason and Andrew Lanier were the winners for Best Halloween Costume. All of them paid homage to the Teenage Mutant Ninja Turtles with their costumes.

The winner for longest putt was Jimmy Clay.

Charlie Russell won longest drive and donated his prize back to the Randolph-Henry students.

The closest-to-the-pin winner was Gabe Francis. 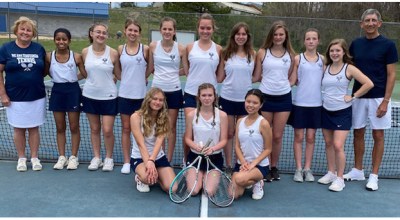 Lady Statesmen 9-2 on the season 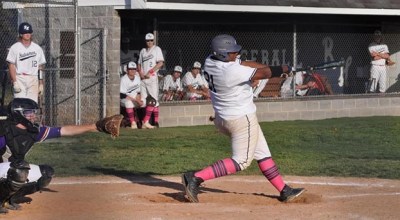 Statesmen win 3 out of 4 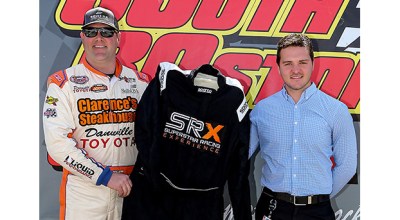 Sellers to compete in the 25 SRX Event