How a female detective foiled an assassination attempt

Being dependable, ingenuous and creative are great traits to have. If you are a law enforcement officer they can serve you well.

I believe that if Kate Warne were still alive she would tell you they are a must as she was the first female detective in the United States. 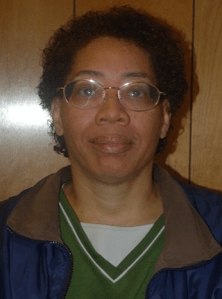 Not much is known about Warne’s early life, but she was born in 1833 in Erin, New York. Warne’s family came from modest means and she had little education. As a youngster she wanted to be an actress but her family opposed that idea so she abandoned that dream. Eventually she got married but her husband died when she was 23 years old.

Warne made a great first impression when she walked into the Pinkerton Detective Agency in Chicago. Owner Allan Pinkerton assumed she was applying for a secretary job, but Kate dispelled that misunderstanding telling Pinkerton she wanted a job as a detective. Of course at the time this was unheard of. The first woman police officer in the U.S. didn’t work a beat until 1891.

Warne explained that, as a woman, she had the ability to befriend wives and girlfriends of suspected criminals gaining their confidence. Furthermore, every woman could use their feminine wiles to get the information needed out of people, which men weren’t equipped to do. Moreover, women have an eye for details. Subsequently, Pinkerton was impressed by Warne, and in 1856 she became the agency’s first female detective. In 1858, Warne had her first case with the Adams Express Company investigating an embezzlement scheme. A Mr. Maroney was the prime suspect. Warne befriended his wife obtaining valuable evidence leading to Maroney’s conviction.

He had stolen $50,000 from the company in Montgomery, Alabama spending 10 years in jail and, because of Kate Warne, $39,875.00 of that money was returned. In 1860 Pinkerton put Warne in charge of the agency’s new Female Detective Bureau.

Warne’s work with Pinkerton signified great strides in women’s history in that they were not hired as detectives in the U. S. until 1910.

Her undercover work to stop the assassination attempt of President Abraham Lincoln really intrigued me. In 1861 Pinkerton was hired by Samuel H. Felton who was president of the Philadelphia, Wilmington and Baltimore Railroad to investigate secessionist activity which included a possible assassination plot against then President-Elect Abraham Lincoln as well as threats of damage to the railroad in Maryland.

Pinkerton placed agents at various places in Maryland to uncover the potential threat. Not surprising, Kate Warne was one of five agents sent to Baltimore to investigate on February 3, 1861. Using the aliases Mrs. Cherry and M. Barley, Warne tracked suspicious movement among the secessionists. Under the disguise of a rich Southern lady, Warne attended social gatherings acquiring details of how the assassination plot would unfold. The skill of befriending the suspects were at play. On the last leg of President Lincoln’s tour from Harrisonburg, Pennsylvania to Washington, D. C., the train he was travelling on would reach Calvert St. Station and a fight would be staged outside of his carriage. While the police are busy breaking up the fight, Lincoln would be unprotected.

Subsequently, Warne took the 5:40 p.m. train to New York City on February 18 for a morning meeting with Norman B. Judd giving him a letter detailing the assassination attempt. With Abraham Lincoln wearing a disguise and Kate Warne making the Philadelphia to D. C. trip the President made it to his White House seat on February 23, 1861.

After Warne worked covertly as a Union spy and was appointed female superintendent of detectives at the Pinkerton Agency even setting up a Cincinnati, Ohio headquarters in 1861. She worked on other high profile cases as well.

Sadly, Warne died Jan. 28, 1868 at the age of 34. She is buried in the Pinkerton Family plot at Graceland Cemetery in Chicago. Kate Warne proved that a woman could master any profession defying the proverbial stereotype of  “woman’s work.” Pinkerton believed in her ability and that any future agents would benefit from her skill, creativity and dedication to solving crimes.

Judy Moore, tour guide at The Central High Museum lives in Wylliesburg, VA can be reached at ju.mo39@live.com.

God makes a way of escape

As spring approaches I begin to count down the days, until my hummingbirds arrive. Every year, I keep track of... read more