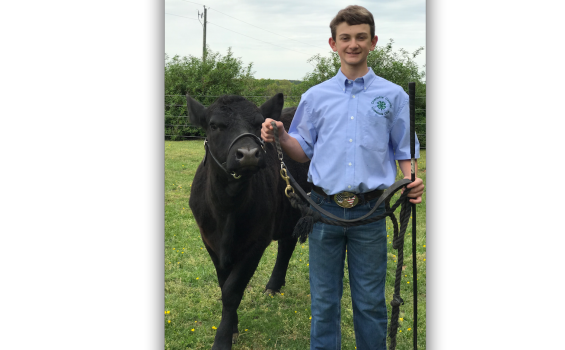 The 2020 Piedmont Area Junior Livestock Show was scheduled for April 25 at the Livestock Market in Blackstone. COVID-19 changed the plans of holding a livestock show in person at the market to holding a virtual livestock show.

The youth who were registered for the original in-person show were invited to submit a showmanship video, an animal movement video and four photos of their animal for judging.

The judges from the live show – Chris Mackey and Jordan Daigle, both from Tennessee – were contacted and agreed to judge the virtual show. Many of the youth chose to participate in the virtual show.

Extension agents from the participating counties offered youth aid as needed to get their videos and photos uploaded to the Google forms platform to participate in the show. There were 51 animals (beef, sheep, swine, and goats) that participated in the virtual show.

For showmanship, the youth showed their animals – setting them up and walking them – and then answered four questions about their experience. They told the judges the weight of their animal, the amount of feed and where it came from, what they liked best about their animal and what they would change.