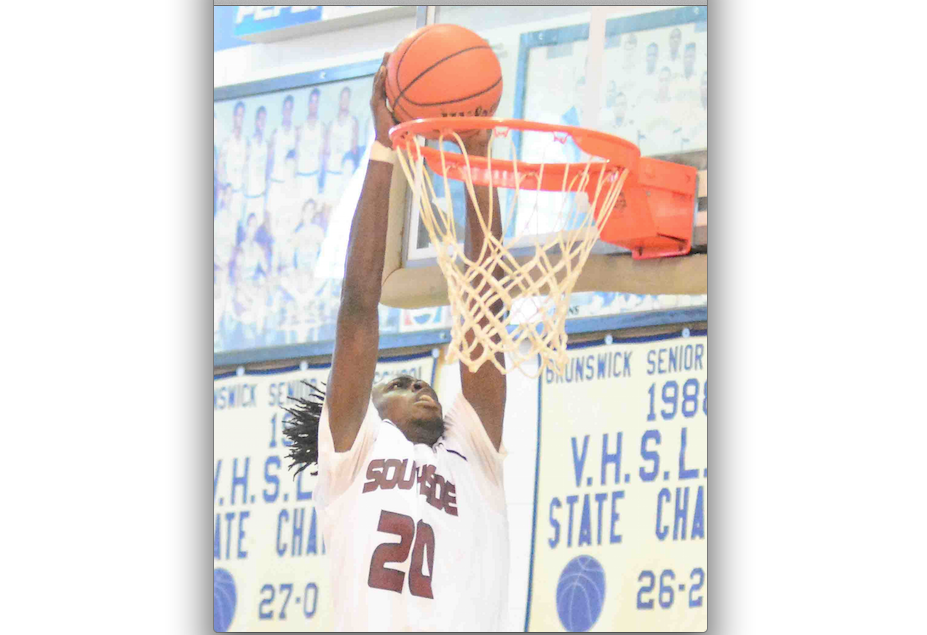 DeAndre Miles put the exclamation mark on SVCC’s 92-74 win over Germanna Community College Saturday, Feb. 29, with this dunk. Miles scored 22 points to pace the Panthers in their regular season finale.

The Panthers got off to a slow start Saturday against the Grizzlies but opened up an 11-7 lead at the 13:30 mark of the first half on a 3-pointer by Rick Sullivan.

Buckets by T.J. House and Tyandre Harris gave SVCC a 15-9 lead a little more than a minute later.

The Grizzlies made a run late in the first half, but Tae Holmes hit a bucket in the final seconds to tie the game at 38 at the halftime break.

The Panthers got going early in the second half as Miles and Holmes scored on consecutive trips down court to open up a 47-42 lead with 16:10 remaining.

Two straight buckets by Marquise Petty handed the Panthers a 75-67 advantage with 5:18 to go, and a big dunk by Miles sealed the victory with two minutes left.

Miles led SVCC with 22 points and 11 rebounds, while Sullivan scored 18 points, and House added 12. Petty finished with 12 points and grabbed 22 rebounds in the victory.