PROGRESS: Bringing transparency to the forefront 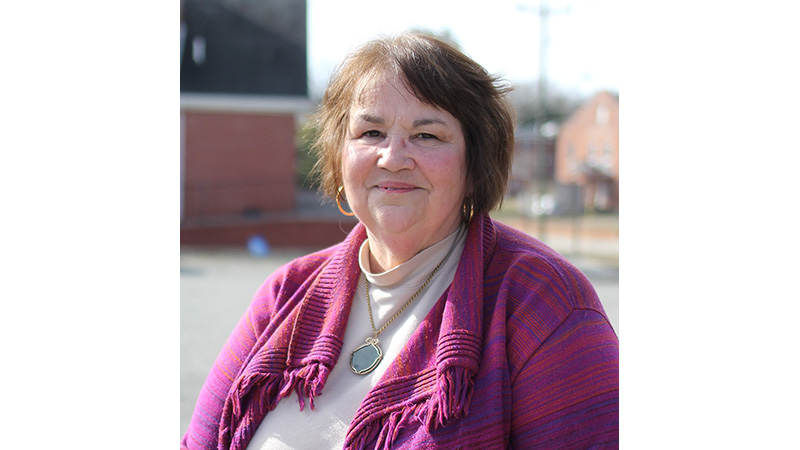 Wylliesburg/Red Oak District Supervisor Kay Pierantoni has worked to bring transparency to the Charlotte County Board of Supervisors during her past two years on the board.

In 2016, Kay Pierantoni attended a Charlotte County Board of Supervisors meeting. It was at that meeting she says something needed to change.

“I attended a Board of Supervisors meeting and felt the need to bring about change in how I perceived County business was conducted.” she said.

That is just want she did.

Pierantoni was elected to the board of supervisors in 2017 and represents the Wylliesburg/Red Oak District.

“I hate politics,” Pierantoni said. “My job as a supervisor has been the hardest job I have ever had. It is also the one I am most proud of because I was elected by the majority to represent them. I take that trust and the oath of office very seriously. I have worked hard to bring about transparency, and I have not backed away from tough discussions or tough decisions.

Pierantoni was raised in Charlotte County near Barnes Junction, and after graduating from Randolph-Henry High School, she moved away to further her education and find job opportunities.

In 1979 she met her husband, Romano, a native of Italy when he was in Richmond on a job assignment.

“We were blessed with a son, Giancarlo, who is a physician and a granddaughter who is the ‘apple of my eye.’ I am also blessed with a beautiful stepdaughter, loving stepson, and three precious grandchildren who live in Italy,” she said.

Pierantoni says that about 13 years ago, she realized her place was back in Charlotte County to care for her Mom.

“It took quite a few years to get our retirement home built, and our Powhatan home sold,” she said. Finally, in 2012 my husband retired, and we planned on taking care of Mom and living a low-keyed life.”

Today, Pierantoni lives close to where her ancestors are buried.

“I have always felt my roots were here,” she said. “My grandfather and father both served on the school board. My grandmother served on the planning commission. They, and others, assumed leadership roles in many walks of their lives. I learned the importance of giving back to your community from them and other family members. I learned from them not to back away when the going gets tough.”

She says it was her Grandmother Robertson’s advice that has helped her in all walks of life.

‘No matter how impossible the task, soldier on, work hard, speak up, and something will be accomplished, maybe not what you envisioned, but something,” she added. “This promise from God and advice from Grandmother helps me in all walks of life, never more so than my present role as a County Supervisor.”

In addition to serving as a supervisor for the County, Pierantoni also takes great pride in helping the children of the County.

“While I am in awe of the natural beauty of the landscape of our County, it’s the people that are the best part,” she added, “This past fall I had the opportunity to work with some fine volunteers on the Christmas Parent project to provide toys and other gifts for children.”

In closing, Pierantoni says that with less than two years left to serve on the board of supervisors, she hopes the public understands how their tax dollars are spent and how decisions are made.

“I want them to feel empowered to bring about change from how the business has been conducted,” she said. “I will not run for another term. But I hope the citizens understand the need for Charlotte County to change course and will join with me to bring about more improvements during my remaining time in office. I hope they will attend meetings and ask questions. Nothing will cause politicians to pause faster than a room full of citizens who they know are watching.”