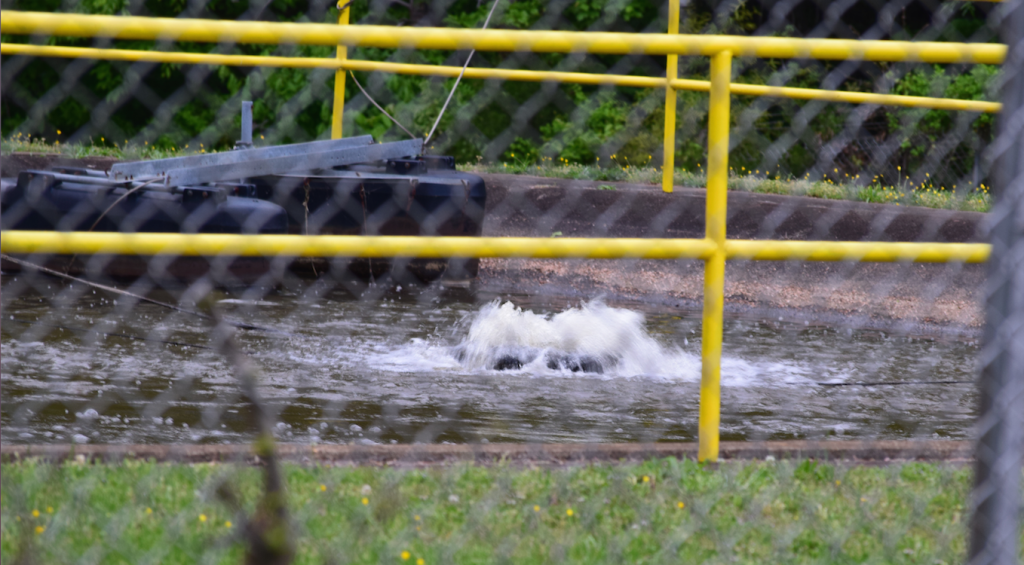 The quality of the public drinking water provided by the Town of Keysville to residents and merchants dependent on the town’s water system has fallen under scrutiny recently.

The Gazette, responding to a report of numerous customer complaints about discolored and bad tasting water being served at the popular Cruis-In Café, attempted to contact the business’ owner, Mike Balland, for comment. When an impromptu visit to Cruis-In to speak with Balland in person proved unfruitful, Samantha Wingo, the cashier/ waitress on duty explained that Balland was on his usual afternoon break. Responding to our questions about water quality at the Cruis-In Cafe Wingo said, “The water seems to have cleared up over the last couple of weeks and we aren’t getting as many complaints lately.”

Balland relayed a message through an employee during our last attempt to reach him. According to a third party via telephone, Balland’s message was that the water issue at his restaurant had cleared up over the last two weeks and that he was not interested in talking about the issue any further.

Additional inquiries were also made to the Town of Keysville for answers as to the exact nature of the reported water problem, if the source had been determined and the number of customers affected. The important, final questions were what the steps to solve the issue would be and when they would be set in action.

Keysville Mayor Steve Morris, when asked about complaints of bad water at Cruis- In, referred to it as “kind of a no story.” He went on to say, “I have one of the best water treatment guys in the state of Virginia. He is actually one of the superintendents on the Water Board in Halifax that runs our plant here now. We changed over to a contract with him because we weren’t happy with what was going on with our water.” Morris then explained how the Town’s water plant supervisor was able to determine the source of the water problem at the restaurant and resolve it.

Morris said, “he went into Cruis-In, went down to where the main (water supply) comes in, and Mike (Balland) had compacted … continued to just make his system worse. Every time a filter salesman came into Town, he (Balland) added another filter to his system. He had five filters down there that were just making the problem worse – and they weren’t carbon filters, so any impurities that might have been in the water — he was just concentrating them. Well, my guy took off all of those filters and took a sample right off of the regular water tap without any of the filters. He poured bottled water in one glass and poured some of the town water in the other glass and Mike (Ballard) couldn’t tell them apart.”

In an effort to determine whether or not the water problem at Cruis-In was isolated incident led The Gazette to contact other town merchants about potential issues with the water in their establishments.

Robert L. “Butch” Shook, Charlotte County Supervisor representing the Keysville District is also the owner of Keysville Hardware and Farm Supply, just a short distance from Cruis-In Café. According to Shook, the water has been an off and on issue, especially during extended periods of rainfall, which would naturally flow into the Town Lake, currently Keysville’s primary water source. He went on to say the issue did not, however, affect him to the same degree that Balland, as a restaurant owner, might be affected. “Besides,” Shook said, “I just prefer to drink bottled water.”

Just over the Buckingham Branch Railroad tracks that cross the convergence of U.S. Route 15 Business and Route 40 South, directly across from Cruis-In Café, is Keysville Express and Auto Repair. It is one of the busiest gas, auto repair and convenience store businesses in the area. The convenience store maintains a full kitchen that offers a variety of menu items. Thelma Spencer is one of several kitchen workers employed by Keysville Express. When asked about any water problems, Spencer initially replied with a simple, “No.” She later said, “Well, I work in the kitchen and I have never seen a problem.”

Pino’s Pizza has only the laundromat between it and Keysville Express. The response from Pino’s regarding water quality, however, offered a degree of contrast from their neighbors. When asked about the business’ water, Pino’s employee Courtney Ayers said, “We don’t have that water problem anymore. It’s all cleaned up now and filtered and everything.” When asked when their problem began, she replied, “About the same time the Cruis-In had their [problem].”

Peanut Elam is the manager of Keysville’s Burger King. According to Elam, “The water is dark brown. Customers can see it when they flush the toilets here. It’s been normal color for about the last two weeks, but now we have customers asking even before they order, what water we use to make our tea, if we filter our water. That’s because they’ve seen it already and think the Town has a water problem.”

The Town of Keysville draws its drinking water from a 42-acre, man-made reservoir known appropriately as the Keysville Town Lake or Roanoke Creek Site 70-A Lake, the designated map reference it has had since its construction. The Cruis- In Café’s location is approximately 1.5 miles southeast of its source of drinking water.

Mayor Morris openly addressed the vulnerability of the Town Lake to occasional runoff and sedimentation.

“Our water source is the Town Lake, but it passes all E. coli tests; none present. This goes on, on a regular basis, when we have turn over down there, but by the time it goes through the Plant it passes with flying colors.” Morris also passed along some of the Town’s current efforts to improve the entire water system.

“We’ve actually made strides here. There is a lot going on, including a water sustainability program. We are working with the DEQ, (Department of Environmental Quality) and the State to bring Town wells back online and a lot of different stuff.”

“I have actually been all the way to Danville and met with DEQ down there. They have approved our preliminary engineering program for bringing our Town wells back online. We are in the process of applying for a $35,000 grant to pay for that process. So, within the next six or seven months we will be looking at reduced costs, less dependency on well water and more good stuff.”