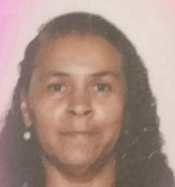 Linda Carol White Webb, 67 of Keysville, died on February 7, 2019 in Lynchburg. She was the daughter of the late Mrs. Viola White.

In addition to her mother, she was preceded in death by her grandparents, Anthony and Etta White; her brother, Anthony “Stepman” Faulkner; uncles, Walter, Lovelace and James “Jim” White.