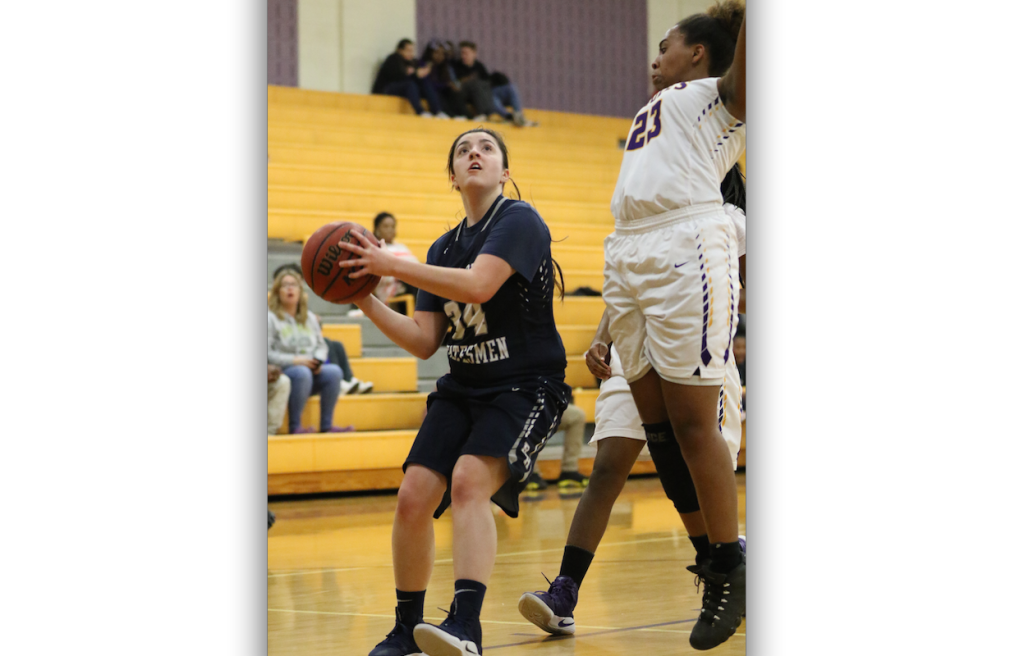 Randolph-Henry High School senior guard/forward Morgan Spencer was selected to the all-district second team for the second year in a row.

Randolph-Henry High School’s varsity girls basketball team finished the regular season with a win, setting a positive tone going into the first round of the Region 2A tournament.
The Lady Statesmen hold the No. 12 seed in the region and will visit No. 5 King William High School in the first round of the tournament Friday at 6 p.m.
To close the regular season, Randolph-Henry achieved its fourth win, defeating visiting William Campbell High School 42-39.
Lady Statesmen Head Coach Donald Jack noted that he has greatly enjoyed this year’s squad.
“This was the best group of kids I have had since I been here,” he said. “I feel like we are starting to get kids to buy into what we want to accomplish. I loved coaching this group, they work very hard and is willing to do what it takes to win.”
Randolph-Henry senior guard/forward Morgan Spencer was recently named to the 2018-19 All-James River District second team.
“(I’m) really excited for Morgan to be selected to the second team; she deserved it,” Jack said. “She is an outstanding young lady and works very hard. Without Morgan we would struggle putting the ball in the basket — (an) overall outstanding player.”
He noted that she averaged 13 points, three boards and one assist per game.