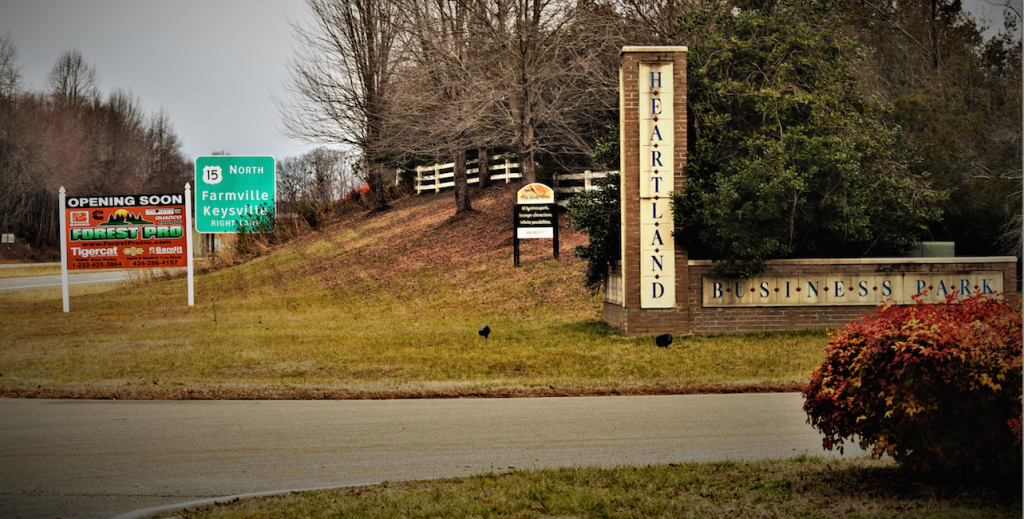 Heartland Industrial Park’s proximity to Buckingham Branch Rail way through Keysville as well as to the heavily used east/west Route 360 corridor would seem to make it an excellent location for an intermodal transportation yard.

‘Intermodal Transportation’ isn’t a phrase that is used frequently in this area. There simply isn’t a need for it. Specifically, it refers to the movement of goods from one point to another by one or more modes of transportation. A good example of this would be by train and tractor-trailer or by ship, train, tractor-trailer or any combination thereof. Today, it has become one of the fastest growing methods that the world uses to move goods from points A to B.
However, according to proceedings at a recent meeting of the Heartland Industrial Authority, there is a legitimate possibility that the Charlotte County Industrial Park could very well be a new point on today’s ever-growing intermodal logistics map.
Buckingham Branch Railroad, (BBR), which operates 275 miles of track in central Virginia, has expressed interest in developing an intermodal yard in Heartland Industrial Park. The addition of BBR and an intermodal railyard to Heartland would be a long-awaited and much welcomed boon to the near empty Industrial Park. It is an addition that Heartland Industrial Authority is banking on.
Buckingham Branch is currently performing a feasible study to examine the pros and cons of such an operation. Heartland Industrial Authority has donated $ 4,000.00 toward the cost of the study. The results of the study would also be passed along to the railroad that BBR would work in conjunction with.
Brian Freeman, Sales and Marketing Director for Buckingham Branch would not disclose the other Rail Road’s name, only that it was a “Class 1” rail operation
Buckingham Branch, headquartered in Dillwyn, Virginia, has track that passes very close to the Industrial park as it winds its way into Keysville.
According to Heartland Industrial Authority Chairman Gary Walker, the addition of a railyard like the one Buckingham Branch is considering is a win for both parties.
“It’s a situation where it will increase business for Buckingham Branch, and it could very well be a draw for potential tenants to the Park as well. I would like to see things move forward.”
Freeman described the type of railyard needed to do the work an intermodal yard accomplishes.
“First, understand that we are talking about shipping containers; those big steel containers that you see stacked up on ships, for instance. There will be no need for a warehouse because the containers wouldn’t be opened – just transferred from train to truck or perhaps vice versa.” We would need a track, maybe two, a quarter to a half mile long, a crane for moving the containers and of course a large loading lot for tractor trailers and perhaps container storage,” he said.
“The set up in Keysville would be much like the one in Front Royal, Virginia,” Freeman added. “The (rail) yard in Front Royal contributed to the economy immensely. I believe there is economic potential here as well. Before the yard was built in Front Royal there really wasn’t much up there. Today there are distribution centers, warehouses, whatever you want.”
According to the American Association of Railroads an estimated 5.9 million units, (a unit equals one shipping container) moved by some form of intermodal transportation in 1990. By 2015 the number had grown to 13.7 million units.