(Harvey) James Newton Jr. died at his home on Saturday, December 22. He was born on June 2, 1945 in Charlotte County, Virginia, to the late Harvey James Newton and Virginia Burton Newton. He spent most of 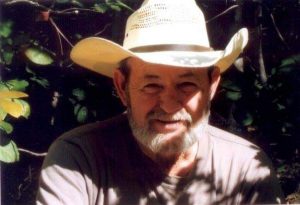 his youth and adult life in Chase City, Virginia. He was a lifelong farmer and cattleman, who loved his family and his farm. He served in the 18th Airborne Corp of the 3rd Army as a Rigger during the Vietnam era with 39 jumps to his credit. James was always proud of his service to his country.

God granted James a keen mind, great sense of humor, deep sense of empathy, and abundant good looks, to which those who knew him can attest. His infectious smile and hearty chuckle touched those who came in contact with him. His deep belief in God led him as he reached out to others and gave them support and aid through difficult times.

A memorial service was held at Madisonville Presbyterian Church on Wednesday, January 9 at 11 a.m. followed by a time for reminiscing and visiting in the Social Hall with luncheon to follow. In lieu of flowers, contributions may be made to the Butler Memorial Public Library, Lake Country SPCA or a charity of your choice.