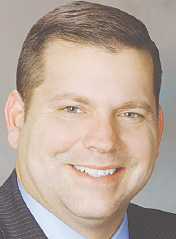 The report concerns allegation from members of Garrett’s former staff that include staff members running personal errands for Garrett and Flanna Garrett, his wife, that the employees allegedly did not receive proper compensation for some of those errands, that the campaign office blurred the lines between what was considered professional and personal errands, and that Flanna Garrett reportedly “responded with insults and profanity when staff questioned or displeased her.”

The report also cited that the Garretts’ created a nearly two-month delay in the investigation by failing to provide requested data in a timely manner and requesting extensions.

Rep. Garrett, according to the report, produced 10 pages of documents in response to the Committee’s requests, all of which were text messages. Garrett produced additional responsive documents, including on Dec. 20, 2018, after repeated follow-up by committee staff.

Flanna Garrett refused an interview with the committee staff and refused to answer a set of written questions,

“The Garretts’ delays and last minute productions raise concerns that they were trying to run out the clock on the Committee’s jurisdiction,” the report cited.

The report also cited delays from members of Garrett’s staff, which included two witnesses ignoring inquiries by the Committee, another witness failing to appear for his scheduled interview date, and a current staff member of Representative Garrett’s office refusing to cooperate with the Committee’s investigation altogether.

The report cited that the council would no longer have jurisdiction over Garrett as of Jan. 3.

“Representative Garrett disregarded those limits when he made repeated personal demands of staff, made no attempt to curb the personal demands Mrs. Garrett made of his staff, and instead permitted her to berate staff who did not acquiesce to their demands,” the report cited of the allegations. “Representative Garrett compounded this misconduct by failing to take responsibility for the office environment he cultivated, notwithstanding the significant record detailing his and Mrs. Garrett’s misuse of staff time for their personal benefit.”

Garrett’s last day in office was Jan. 3. Denver Riggleman, who was elected to the congressional seat in November, was sworn into office the same day.

According to a statement released by Garrett, the staff reports and news reports that preceded it were “based on half-truths and whole lies. It is sourced by disgruntled former staffers who stood to gain.”

“I’m sorry for the hurt that the lies perpetuated in this staff report wrought upon my wife and children,” the statement cited. Garrett added that it has been more than seven months since he took a drink.

Garrett announced he would not seek re-election in May. He said he was entering treatment for alcoholism.

“I take comfort knowing that while justice is often not served in life, it is always served in the afterlife,” Garrett’s statement concluded.

The investigation was authorized on June 8, 2018. The investigation included interviewing 11 witnesses, which included current and former members of Representative Garrett’s staff and Garrett. The report estimated that the ethics committee reviewed more than 1,500 pages of documents.

Errands performed during their work hours, according to staff who were interviewed, sometimes required that staff members stay late to finish their work.

The errands by staff, according to the report, were further complicated by the fact that Rep. Garrett had “collegial relationship with his staff, who he referred to as ‘co-workers’ and friends.’”

The report cited that staff members received bullying behavior from Flanna Garrett when personal errands were not performed.

According to the report, Flanna Garrett participated in office staffing decisions, including hiring, firing, and the awarding of employee bonuses.

Two staff members reportedly quit as a result of Flanna Garrett’s behavior, according to the report.

A text message from Flanna Garrett to a chief of staff cited what staff members interviewed said was an example of behavior toward staff members:

“NONE of what I asked to be done with the phone was done. Not a f****** thing. I am going to sit down with some of your staff and tell them how f****** disrespectful and STUPIDLY shortsighted they are for completely disregarding every thing [sic] I asked them to do.”

The report detailed a chief of staff being fired by Garrett. According to a letter from Garrett cited in the report, the chief was reportedly fired “for cause,” for “insubordination, disrespect, refusal to implement an ‘open-door’ policy” and “for creating a hostile workplace environment wherein staffers were prohibited from reporting grievances directly.”

The report further cited that, according to staff and a testimony from Rep. Garrett, that he “regularly” drank alcohol during his radio town halls and “stated that he could not specifically recall whether he drank alcohol before attending a House vote.”

“However, he explained that he did not think that his consumption of alcohol impaired him in any way during those occasions,” the report cited. There was conflicting reports from staff about whether alcohol use affected his overall productivity or resulted in him reportedly being late to meetings.