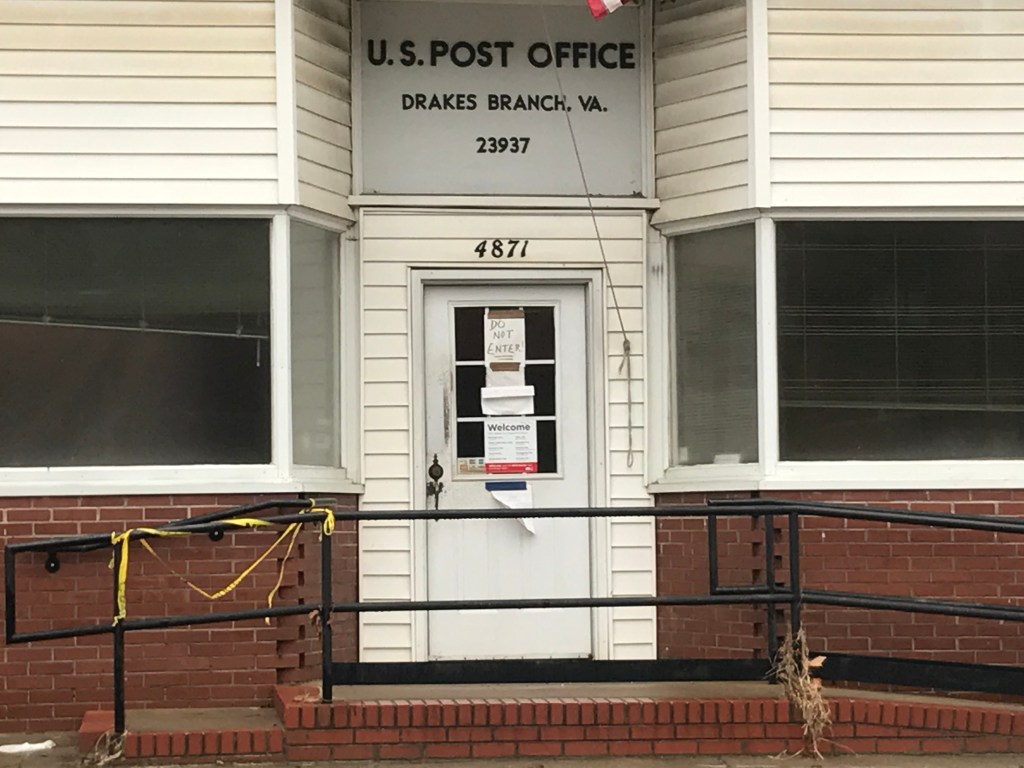 Hurricane Michael flooding continues to impact Charlotte County with the closure of two post offices in Drakes Branch, seen above and Saxe.

Hurricane Michael flooding continues to impact Charlotte County with the closure of two post offices in Drakes Branch and Saxe.

“All retail operations and P.O. Box service at the Drakes Branch Post Office and Saxe post Office have been moved to the Charlotte Court House Post Office …” said a press release from the United States Postal Service.

The release said previously three post offices in the county were closed, including the Randolph location, which reopened Oct. 15.

The Randolph location originally closed Oct. 12 due to flooding in the wake of Hurricane Michael.

Information regarding the reopening of the Saxe location was unavailable.

The release said mail deliveries in the county continue in all accessible areas that were not affected by the flooding.

“We apologize for any inconvenience to our customers, appreciate customers’ patience and understanding, and are working to restore postal operations at these post offices as soon as possible,” said the release.

High winds and flooding caused during Hurricane Michael impacted much of the county, including leaving 70 percent of Southside Electric Cooperative service members across the region impacted.

“Hurricane Michael created devastation across the majority of our service territory,” Jeff Edwards, SEC’s president and CEO said in a news release previously. “Hundreds of fallen trees created miles of downed power lines to repair along with approximately 100 broken poles. This is the worst damage I have seen in my 33-year career, with the exception of hurricanes Hugo and Isabel.”

Roads also remained closed extensively in the county due to washouts, flooding and downed power lines.

For the latest information on USPS service updates, check: https://about.usps.com/news/service-alerts/.