General and special elections in Charlotte County will be held Nov. 6. and according to information from the Registrar’s Office, all voters are required to provide an acceptable form of photo identification to vote in-person based on Virginia law.

Special elections will be held in the towns of Drakes Branch, Charlotte Court House and Keysville.

The three localities will each vote for Mayor and Members of Town Council, in addition to a member of the United States Senate and Member of the 5th District House of Representatives.

According to official election information authorized by the Charlotte County Electoral Board, 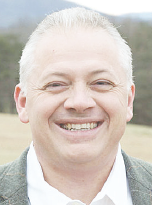 Previously, Audrey H. Payne served as Keysville Mayor. However, on Nov. 6, Payne will appear on the ballot for a seat on the town council.

In Drakes Branch, six names will appear on the ballot for a seat on the Drakes Branch Town Council, however, one candidate will run as a write-in.

Noah J. Davis, who previously served on the Drakes Branch Town Council, will run as a write in candidate this year “due to unforeseen circumstances,” according to Davis.

He said he has enjoyed working with the citizens in the town for the last four years of his term on the Council.

Previous Drakes Branch Town Council Member Clarence A. Hamlett will also appear on the ballot after being away for a while.

Hamlett said he previously served on the Town Council for over 10 years.

The Registrar’s Office will be open Saturday and Nov. 3 from 9 a.m.-5 p.m. for absentee voting.

In addition, registered voters can vote at the Registrar’s Office in person Monday-Friday from 8:30 a.m.-4:30 p.m.