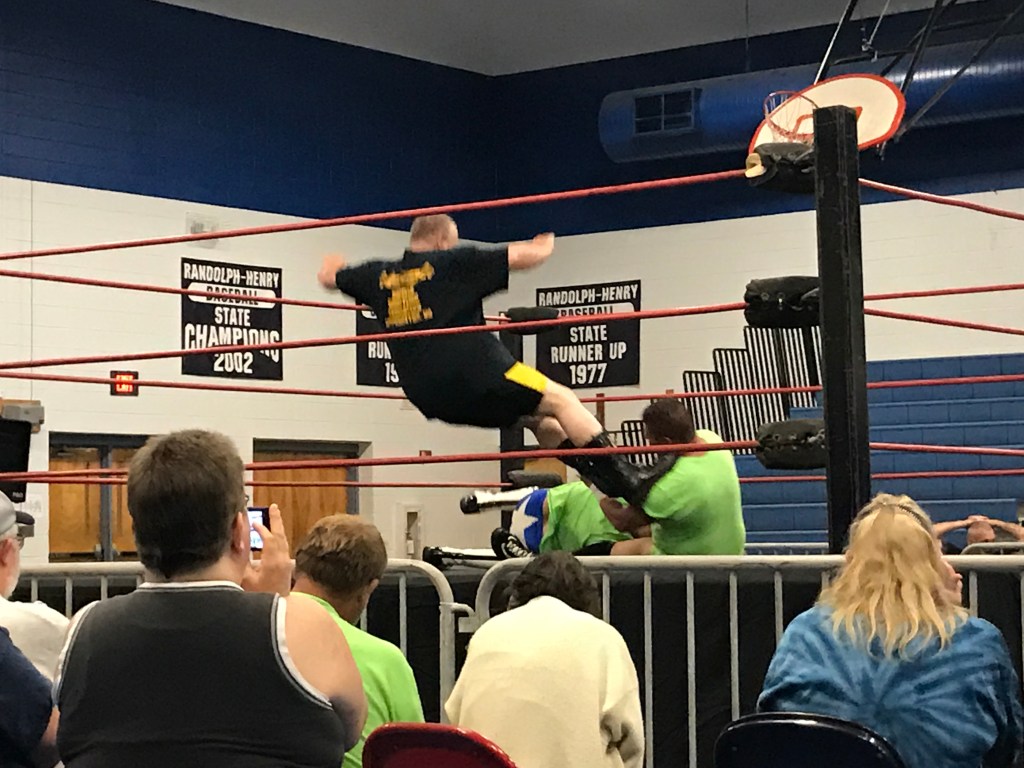 “Thank you to everyone that came out to watch an exciting night of wrestling and help support the CCRA,” said BWF Owner Troy Loveday, who also goes by the wrestling name Bruiser Graham.

The event featured a variety of family-friendly matches to entertain the crowd.

This year, familiar face and hometown wrestling hero Billy Gibbs was absent from the ring after announcing his wrestling retirement.

He said Gibbs has wrestled with the Organization since its 2002 formation and has held several titles over the years, including being named singles champion and tag team champion multiple times.

BWF is based in Appomattox and serves as the premier pro wrestling promotion on the independent scene, according to its website.

“BWF is Central Virginia’s premier wrestling promotion for the last 12 years,” according the website.

“Started in 2002 by Bruiser Graham and his father Woodrow, the BWF continues to bring the most exciting wrestling action in the indy scene by mixing young talent and legends of the wrestling business.”

Fans can catch the next professional wrestling event Sept. 29 at the Five County Fair in Farmville.