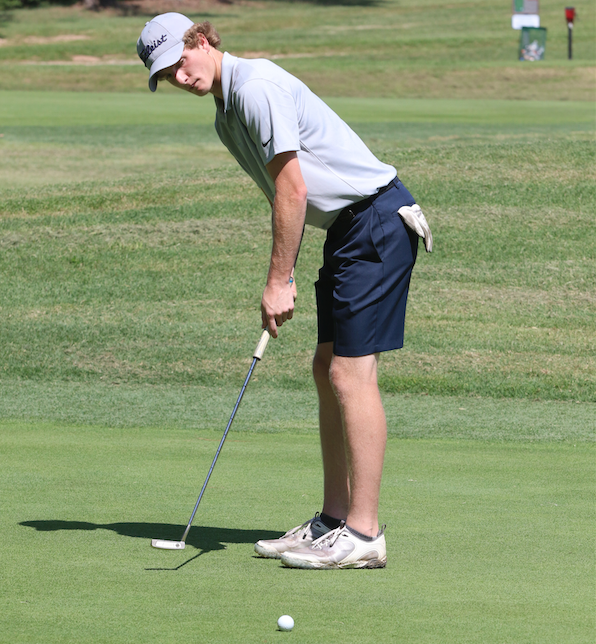 Youth on the links

Randolph-Henry High School’s varsity golf team has a running legacy of dominance in the James River District and beyond, and a young squad is looking to carry that legacy on this season.

Statesmen Head Coach Kelly Powell said his expectations for the 2018 squad are “just to get better, hopefully. We’ve got a really young team. I’ve only got two seniors. I lost four out of the top six last year, which they were four really good players.” Those four players included Logan Newcomb, Nathan Towery, Eli Moore and Evan Mason.

“I’m looking for good leadership from Skylar (Lacks) and Larkin (Jackson),” Powell said. Lacks, a senior, shot a team-low 39 in a nine-hole round Tuesday that marked the beginning of the 2018 season for the Statesmen. Jackson, also a senior, was right behind with a 40.

Jordan Colbert contributed a 40, and Brenden Francisco shot a 43 to round out Randolph-Henry’s winning team score of 162, 13 strokes better than Central Lunenburg High School.

“We’ve won the district 18 years in a row,” Powell said. “I think we’ve got a good shot of winning the district, but I know Lunenburg is going to be good.”

Moore is serving as a volunteer assistant coach this year to help the Statesmen squad, which features two seniors, two juniors, five sophomores and four freshmen.

A man who led the Statesmen to exciting success across four decades — first on the gridiron and then on... read more