When local newspapers shut down, the cost of government goes up

Publisher’s note: This is in no way an indication that your local paper is about to close its door. Rather it is a reminder of the impact, relevancy and importance of local newspapers.

Taxpayers beware, if your local newspaper shuts down you might be paying your government more to be run less efficiently, according to a new study conducted by researchers at Notre Dame University and the University of Illinois-Chicago. 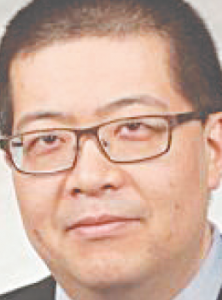 Paul Gao, an associate professor in business at Notre Dame, and his research partner, Dermot Murphy from the University of Illinois, found that without a newspaper’s coverage of local government, the costs of running the government and borrowing money increases.

If, when borrowing money to fund major public projects such as schools and roads, the lender sees the borrowers (the city) as more likely to default on their loan, the interest rates will increase, Gao said.

“All else equal, governments lacking local media coverage are more likely to be perceived as riskier borrowers, and thus would have to pay correspondingly higher interest rates on funds they borrow for public project,” Gao said. “Such higher costs would ultimately be borne by the taxpayers.”

Borrowing costs aren’t the only thing that adds to higher costs of running a local government. Gao and Murphy also found that without newspaper coverage governments are more “likely to engage costly municipal bond refunding,” and there is a good chance of an “increase in tax and government employee wages.”

The study identified 296 newspapers that closed between the years 1999 and 2015. The team then compared local government borrowing costs for counties that lost a newspaper to counties that were similar geographically but that did not lose a newspaper, Gao said.

This map identifies the locations of the newspaper closures in the United States during the period 1996- 2015.

In the event of a paper closing and its void being filled by another publication—a national paper’s coverage of that given area, an alternative media source, etc.— costs did not increase, Gao said.

The inspiration behind wanting to examine newspapers effect on local government costs, came from the HBO’s, “Last Week Tonight with John Oliver,” Gao said. After watching the August 2016 episode where Oliver dedicated the majority of the program to discussing the importance of local newspapers, Gao and Murphy thought it would be worthwhile to further examine the impact papers have on government costs, he said.

“As economists, we thought about the economic consequence of [newspaper closures]” and the potential impact it could have on government, Gao said. “That is precisely how we started the study.”

Gao said that he hopes the team’s research will spur a conversation on how to confront the problem of newspaper closures.

“Our research highlights the important and unique roles played by the local newspapers,” he said. “A fundamental issue of the local newspaper industry is that the industry provides a service that shares many attributes as a public good. Ultimately, we will be happy to see citizens are brought aware of the issue and its consequences, and some creative solutions will emerge along the way.”

Former Town Sergeant passes away at 72