A Keysville man was recently convicted of a felony charge of unlawful wounding after striking another man in the face with a stick.

Billy Joe Garrett, 29, was reported to the Town of Kenbridge Police Department by the victim, who told officers Garrett had attacked him after the victim had attempted to talk to him about his seeing the victim’s estranged wife Jan. 15. 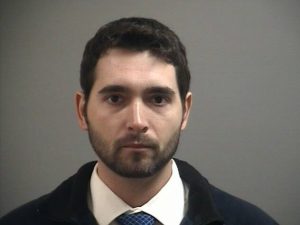 “However, when both parties stopped on Shade Street, the victim reported that Garrett approached the victim’s truck holding a stick behind his back,” the release cited. “As the victim started getting out of his truck, Garrett attacked, according to the victim, striking him repeatedly in the face with the stick until it was knocked out of his hand. Garrett allegedly continued the assault as the victim fell to the ground, pinned behind the door of his pickup truck. The victim had a broken nose and a split lip, however he did not seek medical attention.”

The victim’s three young children were in the truck with him, and the oldest daughter, 12, called 911. Garrett then left the scene, the release cited.

Lieutenant Tyler Anderson conducted a follow-up investigation and secured a charge of malicious wounding against Garrett.

Stegall negotiated a plea agreement with Garrett through his attorney. Garrett agreed to plead guilty by Alford plea to an amended charge of a felony of unlawful wounding In the Alford plea the defendant denied guilt, but stipulated that the evidence would be sufficient to convict him. unlawful wounding is a lesser-included felony offense of malicious wounding.

Garrett entered his plea July 10 and was sentenced by Judge Anderson Nelson to five years, with all five years suspended, which was the recommendation of the sentencing guidelines.

“The suspended sentence is subject to conditions of Garrett’s good behavior for five years, supervised probation, warrantless searches, 100 hours of community service, no contact with the victim or his immediate family, and anger management counseling,” the release cited.