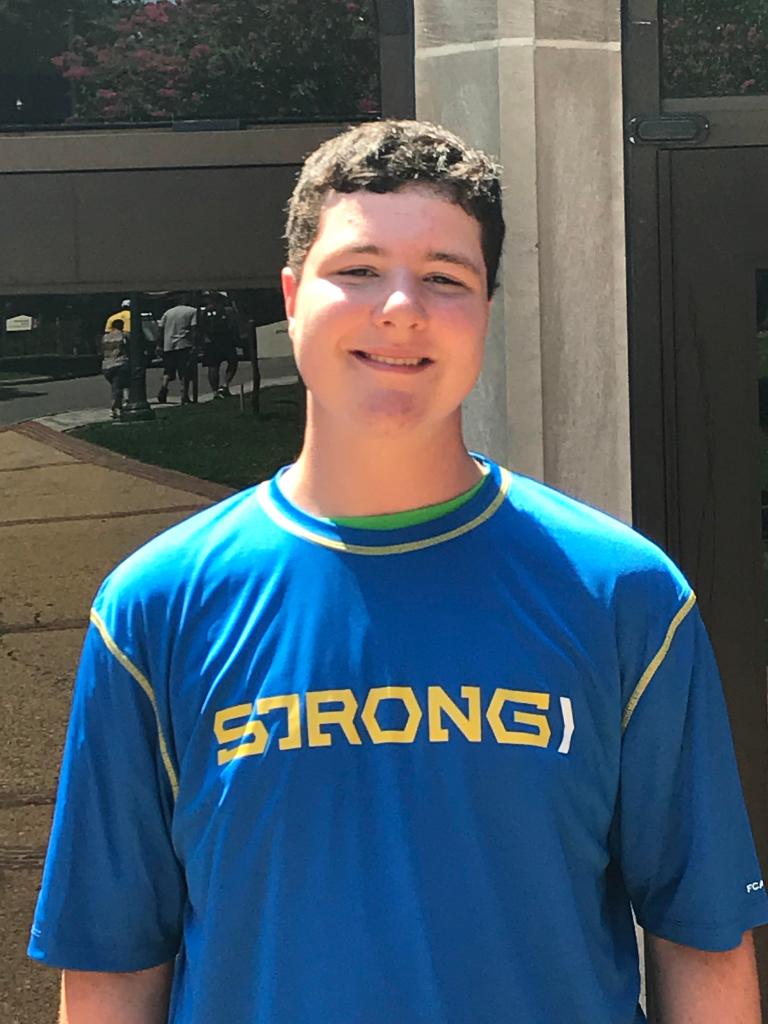 “I am so proud of Winfield for taking his next step to mature in his relationship with Christ,” said FCA Advisor and Randolph-Henry Varsity Baseball Coach Joshua Barmoy. “From personally attending FCA camps as a student, I know how much they influenced my overall perspective of sports, my faith, and now how I lead my family.”

According to the FCA’s website, the organization was founded in 1954. The camps serve athletes who desire to excel to their full potential through athletic, spiritual and leadership training.

Layne said he currently plays baseball for the Randolph-Henry Statesmen, however, during the camp baseball was not offered so he attended to play basketball.

He said he had played some basketball in the past.

According to Layne, one of the aspects he liked most about FCA camp was the fact that there was lots of time given to adjust to the atmosphere.

This years theme for FCA camp was “Strong,” according to the FCA website.

Layne said the camp did a good job of tying the theme in to each of the activities offered throughout the week.

Each day, he said the camp encompassed a different element of strong, including topics such as family strong, fight strong and finish strong.

“Athletes are conditioned to be strong both physically and mentally,” said the FCA website. “The measure of great athletes shows how much faster, stronger and smarter they are than the opponent. But as Christian competitors, we have the game-changing advantage of being spiritually strong.”

When asked how what he learned at camp could translate to his upcoming baseball season at Randolph-Henry, Layne said he learned a lot about how to be a great leader and how to set a good example.

He said he was especially thankful to Barmoy for providing him the opportunity.

According to the FCA’s website, the camp in Richmond was held July 2-6 and open to boys and girl ages 13-18.