Ward is credited as being the first black mayor of Chesapeake, and also the longest serving, among many accomplishments during his life. 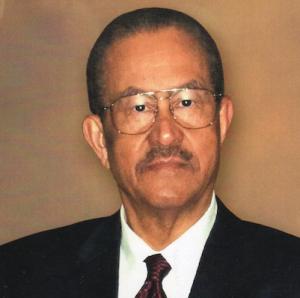 According to his obituary, Ward was born December 1, 1933 in Lunenburg County. He attended school at the Bluestone Harmony Academy and graduated from Central High School in Charlotte Court House.

“He was always proud to say he was a country farm boy from Keysville, Virginia, who was an ordinary man given outstanding opportunities,” said Ward’s daughter Michelle Woodhouse. “Ultimately as his daughter, he was my first love and the best example one could ever ask for on how a true ‘man’ should be.”

Over 600 people were in attendance at the event.

According to information from the Chesapeake Conference Center, the center encompasses the William E. Ward Ballroom, named in Ward’s honor for his service on the Chesapeake City Council.

John Hughes of the Charlotte High Alumni Association, said he was familiar with Ward because Ward grew up in Keysville and Hughes himself also lived in the Keysville area.

Hughes said Ward attended Central High where he played on the basketball team there.

He also said Ward was a very smart man and came from a nice family.

Hughes said Ward also served as parliamentary for the Charlotte High Alumni Organization for a number of years before falling ill.

“I can say many things about my daddy, but his greatest desire was to be remembered as a ‘public servant,’ said Woodhouse. “He possessed compassion, humanity and understanding to the greatest depths. His love of helping people, especially those who were in need of help to just have equal footing was his passion.”

“In 1959, Bill began his career as a history teacher at I.C. Norcom High School in Portsmouth, Virginia. Later, moving to the collegiate level, in 1969, Dr. Lyman Beecher Brooks offered Ward a teaching position at Norfolk State University where he served as a Professor and Chair of the History Department until his retirement in 2000,” according to Wards obituary.

The obituary said during his time at Norfolk State, Ward was also an active member of the Faculty Senate and served in capacity as president for two years, between 1975-77.

According to a press release from the Urban League of Hampton Roads Young Professionals, although Ward retired from elected office in 2004, he still remained a fixture in the community for the African-American community.

“A mighty tree has fallen from Chesapeake City and the Hampton Roads region,” said the release. “Mr. William “Bill” Ward has been an advocate and champion for the African-American community since his call to public service.”

During his time, Ward wore many hats, including serving as the first black Mayor of Chesapeake.

In his honor, a street in Chesapeake was named for Ward, Mayor Ward Way.

“Bill Ward was an ordinary man who lived a fearless life with extraordinary opportunities. He will truly be missed and the work he has done will continuously speak for him,” said his obituary.