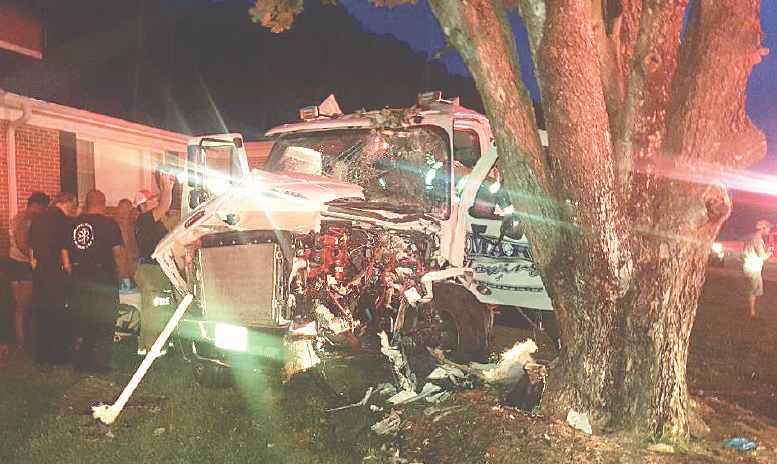 A 2018 Freightliner Rollback Wrecker owned by Modern Automotive of Keysville was totaled in a single vehicle crash July 4.

A 2018 Freightliner Rollback Wrecker, driven by Brian M. Jones of Keysville, was declared a total loss Wednesday night following a crash in the Wylliesburg area.

According to information from Virginia State Police, the accident happened at around 8:40 p.m. when Jones apparently suffered a severe coughing episode, causing him to lose control of the wrecker.

The incident occurred as Jones was traveling in the Westbound Lane of Highway 360, just east of Hebron Church Road.

According to State Police, Jones ran off the right side of the road into the front yard of a residence, striking a tree.

The driver was pinned in the vehicle for several minutes and airlifted after being extracted to a hospital trauma center as a precautionary measure, said State Police.

No charges have been placed at this time.

The wrecker was owned by Modern Automotive of Keysville.